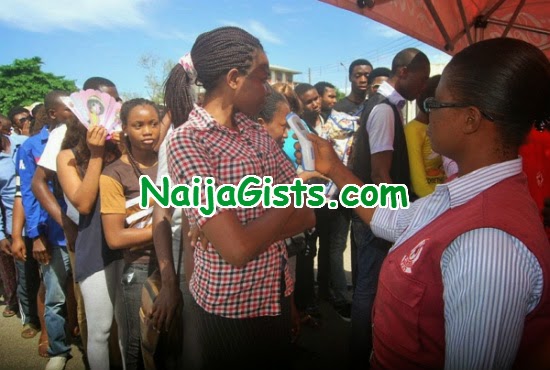 Good day Mr. President, I want to quickly congratulate you on the magnanimity and the state of sportsmanship you demonstrated in the just concluded presidential elections by briskly conceding defeat even before the official announcement from the electoral body. Indeed Mr President, you’ve not just succeeded in writing your name in gold, but you also saved us from the imminent wrath that was set to befall us.

History will forever remember you.

THOSE BEHIND YOUR FAILURE IN CROSS RIVER STATE.

Mr. President, there is this popular dictum that says “the enemy of a man is not far from the members of his household” this implies that you should never put your trust in anybody because the people you sit and dine with can bring you down in a split of a second. One of such person is Sen. Liyel Imoke of Cross River State.

Sir, it will interest you to know that Cross River University of Technology, CRUTECH had being on stike since the inception of this year, over unpaid allowances. We were reliably informed by a VC’s aide that the industrial action is also because CRUTECH had not received the intervention fund that you graciously disbursed following the resolution of the six-month ASUU strike.

Please Sir,help us ask Imoke where he is stashing CRUTECH’s share. CRUTECH is the State University
established by the edict of the Cross River State House of Assembly in 2001. But since Imoke came on board, he has treated the Institution with nothing but contempt as if it were an illegal entity.

Under his regime, school fees increased by over 100%. The school is also owing NUC, a sum of five hundred million for accreditation. He suddenly granted a controversial autonomy to the University under the pretext
that his administration could no longer fund the Institution, among other things too shameful to name here.

Sir, during the six-week shift of the general elections, the school management had made some concerted efforts in meeting with the him (Imoke) to solve the matter once and for all, but it all proves abortive as he sent one of his aides to tell the University governing council that elections were his top priorities. But he fails to realize that without the support of the striking lecturers and students he cannot win the said election. Mr. President, it was on this stake that we decided not to fold our arms and watch him display
this brazen rascality and executive recklessness.

That is why we refused to allow ourselves to be railroaded into supporting the protege of an administration that thinks so little of the youth. As such, we choose to return scorn for scorn in the just concluded
elections. He is especially lucky for Sen. Ben Ayade, because we all love him.

WHAT IMOKE SHOULD KNOW.

It is very important for him to know that the mighty Jonathan has fallen who has been providing shield
for him. For his best interest, kindly tell him to privilege what is left of his tenure to pick up his big pen and sign the big cheque that will move lecturers back to work.

If not,he cannot go away with it because we the students of CRUTECH had vowed to expose his shading
dealings to Buhari,and for toiling with our future.

Believe me, he can only run, but cannot escape from the wrath of GMB!

Violence In Ekiti As 19 APC Lawmakers Finalise Plan To Impeach Fayose
Photos: Buhari & Obasanjo Hold Meeting In Abuja Ahead Of May 29, 2015 Swearing In Day