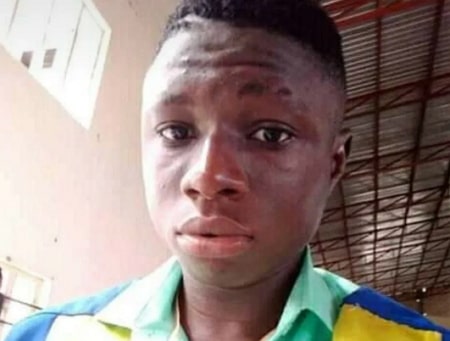 A first year student of the Cross River University of Technology, Barnabas Otu, has drowned in a swimming pool in Calabar.

The deceased had just been admitted into the Department of Urban and Regional Planning, Faculty of Engineering, and participated in the matriculation held on February 24, 2020.

It was gathered that he drowned at a popular hotel in the Akai Efa area of the Calabar Municipal Local Government Area of the state, where he and other fresh students went to party to mark their matriculation.

“A group of CRUTECH students went to swim after their matriculation and that was how one of them drowned.

“What really transpired is still uncertain as his friends refused to say anything.”

It was gathered that the police did not allow the late Otu’s family to take his corpse away to his hometown of Ugep, in the Yakurr Local Government Area of the state for burial, as the circumstances surrounding his death were still being investigated.

The corpse had reportedly been deposited in the morgue of the General Hospital, Calabar.n the same day in the Abakpa River in the Ogoja Local Government Area of the state.