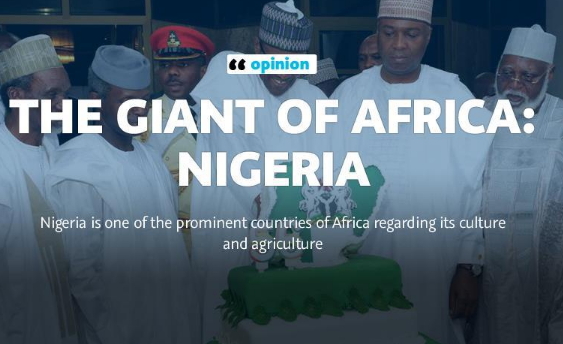 Years ago, I stopped writing travelogues comparing the developments, infrastructures and some other basic things I saw during my journeys outside the country with that of Nigeria.

Before then, I never ceased to lament in my write-ups how our claim to being the giant of Africa doesn’t match up with the level of our development in many ramifications.

It was understandable when I was writing about some developed nations in Europe and there was not much basis for comparison, but what about visiting some African countries and the reality of the successive mismanagement of our enormous resources stare you in the face.

I remember taking the decision to stop the comparisons after a visit to Zambia.

What really shocked me then was that there was uninterrupted electricity in the hotel I stayed for almost a week.

If a country like Zambia had relatively stable electricity supply, I didn’t understand why my country with all the money we had made and was still making then from petroleum and other resources couldn’t guarantee power supply better than we had.

I literally gave up and opted to save myself from the soul-depressing exercise of writing about what nobody in government seemed to be bothered about. Our leaders at all levels are not unaware of how they have failed to give us the quality of life we deserved like other countries they also travel to, but rather than take necessary steps, they prefer to take us for granted.

Year after year, many development projects are provided for in the budgets but only few get done to improve on the infrastructure. Some of the ones implemented are so poorly done that they easily get dilapidated.

I’m forced to talk about this worrisome issue again having been travelling in the last one week to Ghana, Ethiopia and South Africa.

Once again, I am reminded of the need for our government to urgently address the yawning infrastructure deficit baggage we still have as a country that wants to be taken seriously in the committee of developing nations.

Nigeria should have been the venue of the conference I went for in Ghana and the other one which held alongside the meeting I attended in South Africa but for apparent worry of many international organisations who can’t risk having to contend with lack of some necessary facilities to host their events.

Our Lagos International Airport is a shame compared with that of the three countries I have flown through in the last week. Some basic facilities like the ones I saw in the other countries are not working optimally. Despite the huge amount the last administration claimed to have invested in developing airports in the country, the Lagos airport is still a traveller’s nightmare.

A young colleague was so overwhelmed by the facilities at the University of the Witwatersrand in Johannesburg, venue of the Global Investigative Journalism Conference, that she said she now knows better that the university she graduated from in Nigeria was not as good as she used to think, compared to some others in the continent.

She is definitely in for a rude shock about the poor state of facilities as she gets to travel more outside Nigeria.

We definitely have a long way to go and we need to move faster not to remain the butts of jokes as not having much to show for our size and resources.

Continue Reading
You may also like...
Related Topics:africa, giant, nigeria

The Holy Bible & The Quran Conclusion: Important Questions For Muslim Scholars
The Young Have Grown: Why Old African Politicians Should Give Way For Capable Youths