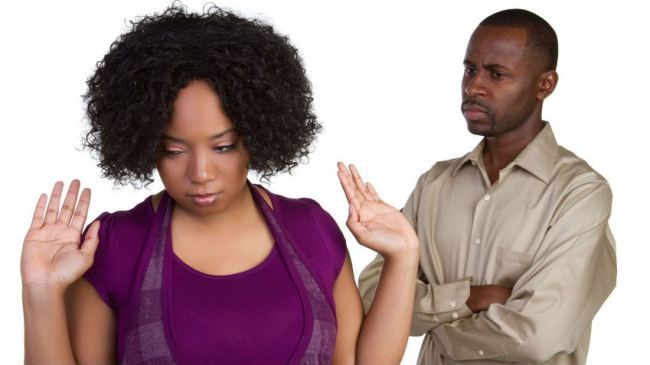 A father of 3 is about to lose his wife over his addition to watching pornographic movies.

50-year-old Obiorah Onwutalu was rebuked in court after his wife, Ogonna, accused him of watching pornography with their 3 children (2 boys and a girl).

Mrs Ogonna Onwutalu requested for divorce at a court sitting in Ejigbo Lagos yesterday. She said her hubby has become a bad influence on their children.

Ogonna said she destroyed the film but her husband bought another one without considering their children being exposed to the film.

The mother of three told the court that Obiorah’s attitude made her to stop loving him and lose interest in their marriage.

She also alleged that Obiorah had attempted to poison their children by forcing them to eat spoiled food and to use soap to brush their teeth.

She said when the incidents happened, she reported to the police at Ejigbo division but the matter was settled out of court.

She also alleged that her husband did not take good care of her and the children.

Ogonna told the court that though Obiorah properly married her by paying her bride price according to their tradition in their Oba town in Anambra State and brought her to Lagos, he did not relate well with her family, especially her mother before she died.

Obiorah denied all the allegations levelled against him by his wife.

He told the court that his estranged wife knew about the pornographic film because they agreed to buy it when they had just got married in 1999.

He further claimed that they usually watched the film together.

Obiorah denied encouraging the children to watch the film, insisting that he did not know that the children were watching the film until his wife raised the issue.

He also told the court that his wife lied that he did not take care of his family and attempted to poison the children.

He said his wife started misbehaving because he was facing challenges in his business.

Obiorah told the court he is ready to reconcile with his wife.

The case has been adjourned till June 4th, 2014 for judgement.