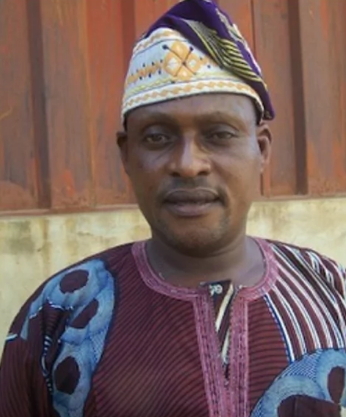 Official statement from the Witches and Wizards association of Nigeria, WITCAN over the ongoing governorship battle between APC candidate Godwin Obaseki and PDP candidate Pastor Ize Iyamu in Edo state.

“Members of our association are apolitical. We are not partisan. Our own concern as stakeholders in the project called Nigeria is for peace and unity to reign. Our own witches group are not evil.
We do good, and promote whatever will bring progress to mankind. We love Nigeria.

We were holding our monthly meeting at Irrua, and, suddenly, while looking at our crystal ball in the coven, we saw some things that were frightening concerning Edo and thereafter I was mandated as the spokesperson of the group to deliver this message to the governor, and other stakeholders that have one thing or the other to do with the governorship election in Edo State.

But we are making a special appeal to Governor Oshiomhole because he is the Chief Security Officer of the state. He should liaise with the police, INEC and other stakeholders to ensure that peace is maintained before, during and after the elections.

“Witches are not joking over this Edo election. We will not allow any individual or group to destroy the state or give it a bad name.

It is unfortunate that many Nigerians are hypocrites. When they hear witches or read about witches, what comes to their mind is evil or darkness. For our own witches group, we are children of light. We are for good.

Have people forgotten that even in the Bible there is a story of King Saul who consulted a witch when he was about to go into a battle to enable him know how the battle will go?

Again people tend to forget that Nigeria is a secular state, Nigeria doesn’t belong to only Christians and Muslims, the nation is for all faiths. They should stop persecuting witches or look at us with disdain.
As stakeholders they should allow us to make our own contributions to the growth and development of the country.”

The witches spokesperson added that the election is going to be a straight battle between the candidate of All Progressives Congress, APC, Godwin Obaseki, and that of Peoples Democratic Party, PDP, Pastor Ize Iyamu.

“The battle is a straight one between Iyamu and Obaseki, and the election is going to be hotly contested.

Opinion: Buhari Is The Best President Nigerians Ever Voted To Office, Haters Stay Off – Omokehinde
£200,000 Ferrari 458 Speciale Accident Caught On Video In Virginia