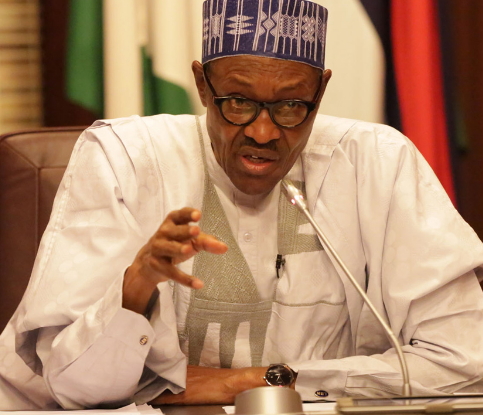 August 8, 2016 – Buhari Is The Best President Nigeria Ever Voted To Office, Haters Stay Off

Some are quick to post comments and write hateful and baseless articles about the current state of the nation just to ridicules PMB administration.

Majority of them have bad judgement because their arguments are not based on common sense, facts, and logic but are based on tribalism, pure hatred for PMB, and because their benefactor- corrupt Jonathan was defeated by their enemy in the last presidential election.

They argue blindly as if Buhari’s failure will benefit them and Nigerian people. They are openly wishing and praying for his failure as if their tribal person will succeed PMB in 2019. There are three facts about me that naijagists fans should know that differentiate me from anti PMB.

First, I’m a typical Yoruba man from Ekiti state. I’m also a Christian who believe in the death and resurrection of Christ Jesus, and He will ever remain my Lord and Savior.

The third fact is that I belong to no political parties but I have voted in every election since 1999. In facts both parties consist of criminal politicians that doesn’t care about the welfare of our people. Saraki and so many APC politicians today were once core PDP members and loyalists.

I have never meet nor call any politician from any party, therefore, I have zero link or connection with all political parties and politicians both at local, state and federal levels. I’ve always based my comment,judgment and argument on facts, common sense, and not based on tribalism, religion differences, and other evil sentiments that divide us as people of common destiny.

President Buhari by far is the best president Nigeria ever voted to office after the end of the first Republic for so many reasons. Buhari has deep love for Nigeria and her people compared to any politicians since 1979.

He had many opportunities to become a billionaire like other Heads of State and presidents after and before him but he care not enriching himself at the expense of millions of suffering Nigerians.

He was a former military governor of Kastina state, first Minister of Petroleum, Head of State of Federal Republic of Nigeria, and Chairman of Petroleum Trust Fund before his current position.

In a corrupt nation like Nigeria, President Buhari was supposed to be a multi-billionaire. He tried three times to win the presidency on his self righteousness without aligning himself with career politicians but failed.

Finally, he realized that in order for him to help his country and millions of suffering Nigerian people he must align himself with smart politicians who understand the game of politics. He contacted Jagaban-Asiwaju Bola Ahmed Tinubu.

Chief Tinubu was a very successful governor of Lagos state for eight years, he was so smart that he allowed former Gov. Fashola to replace him. Gov. Fashola pick was a great success for AD party and Jagaban himself. The rest is history. Tinubu will forever be remembered for his bold, patriotic, and highly risky venture for aligning himself with a newly formed political party now known as APC.

Gov. Tinubu was harassed, intimated, and bullied by President Jonathan, Security Agents, and those Nigerian enemies benefiting from the most corrupt administration in Nigerian history-Jonathan administration but Jagaban stood his ground, played the political game and role he was born to play, and in the end, despite billions of naira spent on election bribery by Jonathan, Candidate Mohammed Buhari won the last presidential election in a landslide victory. The rest is history.

It is also crucial to remind Nigerians that president Buhari was sworn in as our Commander in Chief of Nigerian Armed Forces with a bankrupt economy, when Boko Haram terrorists were on the lose, when about 26 states are unable to pay salaries of their workers, when oil price was at the lowest in the history of oil exploration at all times price at $28 per barrel, at a time when corruption of our politicians were at the peak and it was legalized by Jonathan, our roads, bridges and other infrastructures were collapsing, and the national reserve was emptied by Jonathan in six years.

Infact, president Buhari inherited from Jonathan administration the worse situations ever by any president. Nigeria was bleeding and on life support due to legalized looting, embezzlement, mismanagement, misappropriation, money laundering operations, bad governance, and corruption because vagabonds were in power. The Bible says, ” What can a righteous man do when the foundation is faulty?”

Nigeria foundation was not faulty but was destroyed and near collapse when PMB was sworn in on May 28, 2015 just 14 months ago. Today, those that created the mess we are in today, those that looted our national treasure to bankruptcy, those that made billions of dollars in surplus from oil revenue when it was $150 per barrel, and those that created Boko Haram terrorists are now blaming PMB, calling for miracles in 14 months, and pointing fingers that he hasn’t done nothing to address the economic crisis and hardship they created in the first place.

According to Rev. Father Mbaka who I respect a lot in June, 2015, “president Buhari inherited a dead nation like a skeleton of a cow with all the vital organs removed from corrupt Jonathan administration” Today, wicked politicians who destroyed Nigeria are now calling for those dead cow bones to be resurrected in 14 months of PMB administration. What an unrealistic and reasonable expectations! To destroy a great things such as nations, business ventures, great institutions, and mighty buildings take no effort but carelessness, wicked intentions, cruel, unpatriotic behavior, corruption, and immorality but to build or rebuild require plenty of time, adequate planning, resources, great leaders, honesty, accountability, uncommon commitments, and great love for that nation, business ventures or that entity.

Nigeria’s system of government is a setup by colonial masters for us to fail. Why? All the states of the federation except Lagos state depend solely on the federal government allocations to carry out day to day activities of their states.

Majority of those states have no plan and did not manage their allocations when we had the oil boom, they simply take their allocations from federal government, pay worker’s salaries, and embezzled the rest. Now that we have oil doom, they are all struggling to survive. Each state of the federation should generate money and adjust to accommodate the drop in their allocations due to drop in the price of crude oil.

We have abandoned our agricultural sector for oil exploration, and we are also a consuming nation that depends mainly on imported foods and other commodities, we now sell or import crude oil that has depreciated greatly in the world market. Our economy, and the value of our currency-naira depends on the price of crude oil at the international oil market. That is shameful and unsustainable. We must go back to our first love which is agriculture.

Where are the cocoa plantations, cotton, rubber, timbers, and the groundnut pyramids in the north? They have all gone because of our leaders lack of vision and great ideas but oil.

President Buhari is doing a lot even with the reduction in federal revenue by almost 70% compared to what Jonathan realized in the first five years of his failed administration.

Nigerians should be patient and pray for the success of PMB administration because things would have gone sour if those corrupt bastards had their way in the last presidential election. With these known facts, I still believe that president Buhari administration will be very successful with time.

The haters will label his administration as unfair, disappointing, sentimental and falling because is not business as usual. I strongly believe that he will have a successful administration before the end of first term in office.

Continue Reading
You may also like...
Related Topics:Buhari, nigeria, president