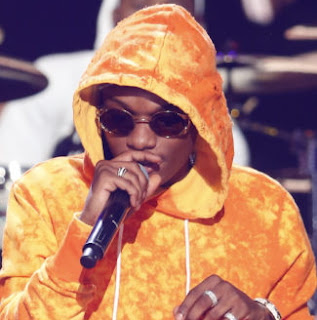 After being announced as the winner of the 2017 AFRIMA ‘Song of the year’, Wizkid climbed the stage to receive his award from singer 2Baba and DJ Jimmy Jatt but while presenting his speech, fire crackers on the stage had ignited part of the stage.

The fire was however, put off by DJ Jimmy Jatt and some crew while 2Baba laughed as Wizkid was recalled.

Many however said it was a stage craft to frighten Wizkid.