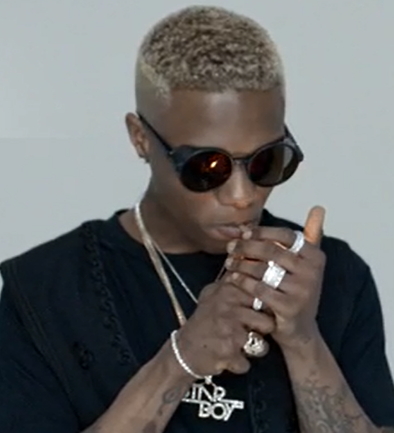 Star singer Ayo Balogun is not in the right state of health as we speak.

The Naija super star took to Twitter this afternoon to tell his fans that he has cancelled his shows to cater to his health.

He told fans he will be spending more time with his kids as he recovers.

Many were however worried when he talked about dying as a legend. 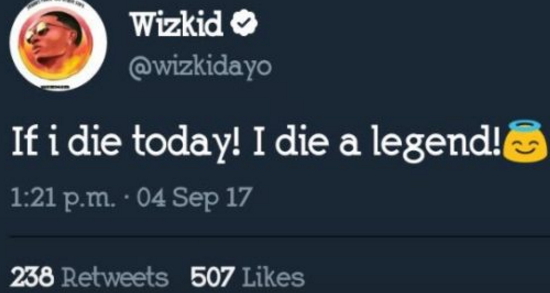 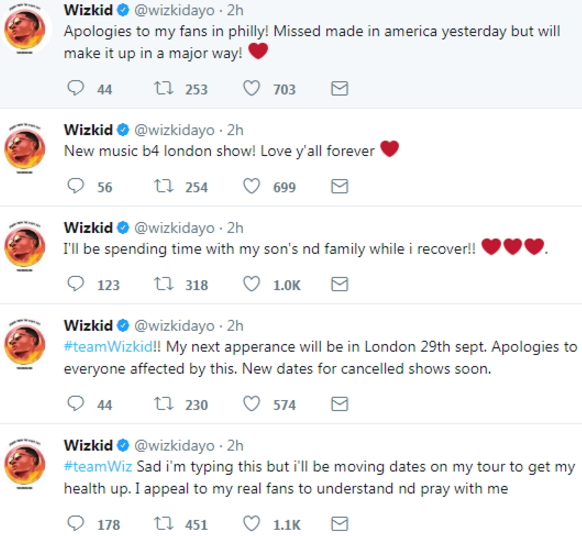 Continue Reading
You may also like...
Related Topics:death, singer, wizkid