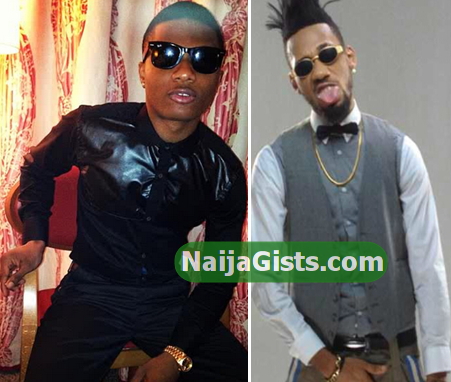 The popular saying nobody is above the law is in full effect in the Nigerian Entertainment Industry.

The body in charge of regulating what goes on air, Nigerian Broadcasting Commission aka NBC has banned Wizkid‘s hit song the matter from airing in any radio station or TV channels in Nigeria.

Another song that was banned for being too sexually explicit is Phyno‘s man of the year.

The main trigger in the above song was the lyrics.

In the case of Wizkid’s back to the matter song

Here is a sensitive lyrics that called NBC attention;

NBC claims this line is too sexually explicit for minors to watch therefore a permanent ban has been placed on it.

Hear what she said:

“Artistes pls censor your songs. Take the time to make a radio edit if you want it played on radio. NBC is breathing down our necks”
“They have instructed us not to play “The matter”, “Man of the year”

Listen to the music below;

Hope other artists will learn to sensor their songs properly before production to avoid this kind of disaster.