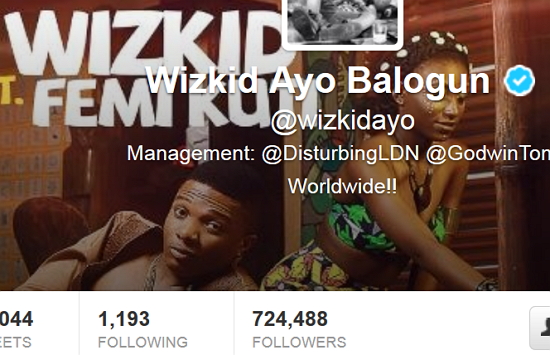 The CEO of Starboy Entertainment has every reason to beat his chest again.

Wizkid’s Twitter followers stat as at the time of this report is 724,488.

The 24-year-old music producer has outranked big names in the business like D’banj, 2face Idibia and his closest rival, David Adeleke alias Davido.

For sometime now, leading social media, twitter has been the litmus test to measure popularity, especially among entertainers the world over.

Hope he no dey do wuruwuru ‘cos I hear some celebrities do buy Twitter followers.