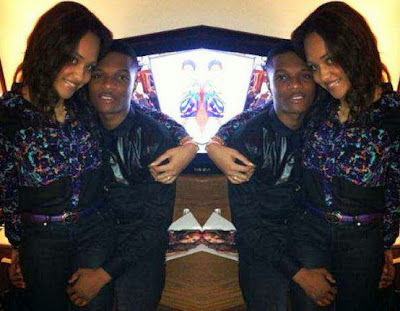 Tania Omotayo, the girlfriend of highly celebrated musician Ayo Balogun aka Wizkid is happy to be alive after escaping what she called a dangerous accident on the third mainland bridge in Lagos State Nigeria.

According to Tania, the incident happened on Wednesday morning.
The car was speeding when a sudden Tyre burst almost landed them in the lagoon.
Thankfully the driver was able to regain the control of the car.

Hear what Tania Omotayo said on Twitter yesterday after the accident:

“Thank God for my life!!!! The tire of the car burst on Third mainland. Speeding car + tire bursting = disaster.We could have easily swerved off the bridge. Mehn this life…”