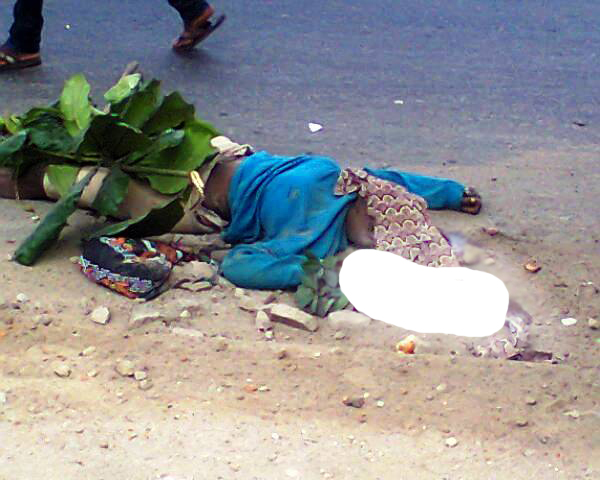 The young woman got crushed by a passenger bus in the charity area of Oshodi Lagos on Tuesday September 3rd, 2013.

According to eyewitnesses, the now late woman was hit from behind by a commercial bus coming from Mile 2 area of Lagos.

We learnt she tried to pass time by crossing the expressway instead of taking the safe pedestrian cross bridge.

She would have been alive if she had used the pedestrian bridge few minutes from where she was killed. The bus driver didn’t wait after her tragic death.

It is better to be safe than sorry. People should learn from her demise by using the pedestrian cross bridge for their own safety.

So sad! May her soul rest in perfect peace.