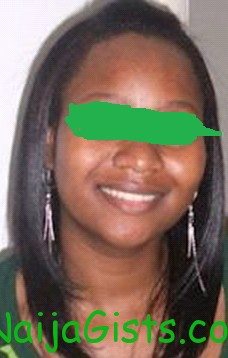 A young man is currently facing murder charges after he lost his 5-month old pregnant girl to abortion in Lagos State Nigeria.

Mr Edeye Monday, 35 was arrested for allegedly kiling his girlfriend, Tolani Adeuja, 22, while attempting to abort her 5-month pregnancy. He allegedly administered some drugs on her.

This shocking incident happened at no 5, Odo st off Adexson bus stop, Akesan,Lagos.

Edeye Monday was reported to have administered some drugs to terminate his lover pregnancy and ended up killing both the unborn baby and Tolani.

After taking the drugs, we learnt Tolani started bleeding non-stop which led to her collapse.

She died on the way to the hospital.

Monday was arrested by the police at Igando division. After preliminary investigation, the police transferred the matter to the State Criminal Investigation Department, SCID, Panti, Yaba.

He was charged to a Yaba magistrate’s court where he is facing a one-count charge of murder before the presiding Magistrate, Mr. P. A. Adekomaya. His plea was not taken because he was on a holden charge.

The court ordered that he should be remanded in prison custody and his file duplicated and sent to the State Director of Public Prosecution, DPP, for advice.The matter was adjourned till 27 August, 2012 for mention.