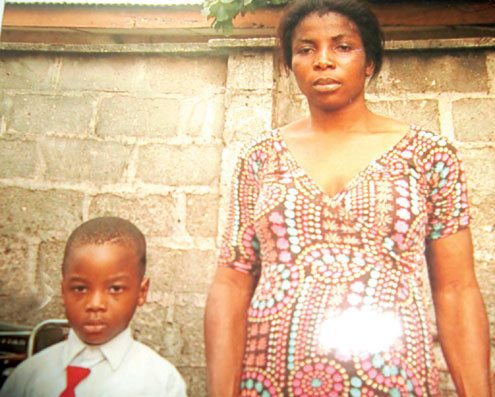 She has been arraigned before an Igbosere magistrate’s court on a 2-count charge to committing felony by attempting to kidnap a 4-year old child from a school.

The police stated in their charge sheet that the accused was arrested following a complaint by the management of Valour School at Jakande, Lekki, that they had caught a woman who attempted to kidnap one of their pupils.

The incident occurred on 8 February, 2012 at about 2.00 p.m. within the school premises at Lekki.

Police investigation revealed that the woman who claimed to be pregnant, entered the school premises during closing hour.

She was alleged to have sat at the school’s reception pretending to be a mother who had come to pick her child.

On seeing the 4-year old Korede Iyi Ojo, with his schoolmates, Joy allegedly went to him, held his hand and informed him that his (Korede’s) mother instructed her to bring him home.

The child, we gathered, simply followed her. But as she made to pass through the main gate of the school, the school security guard who knows Korede to be the grandson of the school’s proprietress, accosted her and demanded to know where she was taking him to.

Joy allegedly said that she was his mother. At this point, the security man raised an alarm which attracted people. She was subsequently arrested.

On how she gained entry into the school, she stated that she did it as other parents who came to pick their kids and pretended to be waiting for her child at the reception..

“I am very sorry for what I have done,” she pleaded with the police.

After interrogation, she was charged before an Igbosere Magistrate’s Court for stealing a child. The offence, according to ASP Nicholas Anietie, is contrary to and punishable under Sections 409 and 404(1) of the Criminal Laws of Lagos State 2011.

The accused pleaded not guilty to the charge and the presiding magistrate Mrs. O. A. Layinka, admitted her to bail in the sum of N500,000 with two sureties who must show evidence of tax payment to Lagos State government.

She adjourned the matter till 6 March 2012 for mention and when the accused could not perfect her bail conditions, she was moved to Kirikiri Prison.

Thank God for this little boy who knows what she’s planning to use her for!

This is a warning to all parent never allow someone else to pick up your child in your absence.

Please make this warning clear to the school authority.(Prevention is better than cure).