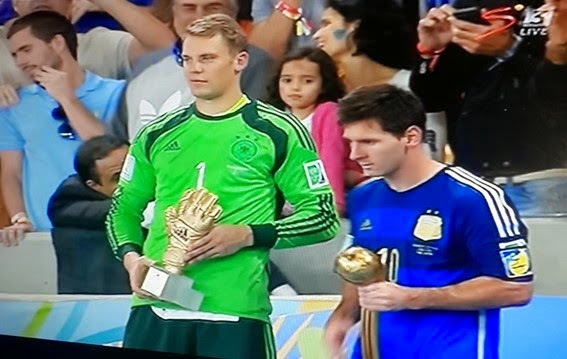 The Captain of Argentina, Lionel Messi has been declared the best individual player of 2014 while Manuel Neuer, the German keeper won the best goal keeper of the tournament.

What happened to Ronaldo? Has the Ghanaian Juju priest finished him?

Continue Reading
You may also like...
Related Topics:2014, messi, player