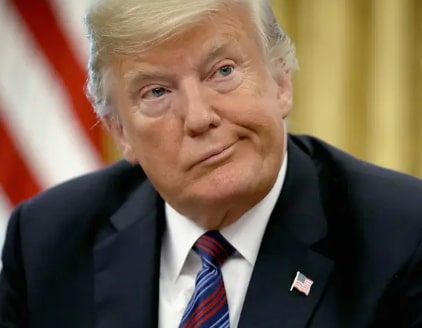 WHO & COVID-19 Fight: Another Wrong Decision By Donald Trump!

As nations of the world, global leaders and industry players desperately cling on to a fragilely evolving network of international solidarity and efforts to contain the covid-19 pandemic, developments which seem contractive of this momentum have emerged.

The most recent among them are the allegations of China’s weaponization of this pandemic, and related to this, President Donald Trump’s decision to defund the World Health Organization (WHO).

According to President Trump, the body played a pro-China role in China’s ‘mismanaging and covering up of the spread of Coronavirus’.

But then, are these claims true?

In 2019, a ‘pneumonia of unknown cause’ broke out in Wuhan and was later dubbed Covid-19 by the WHO. At the very initial stages of the outbreak, there were sizeable reports of information censorship regarding the disease by the Chinese authorities, but such attitude is not unconventional to the Chinese authoritarian system and socio-political conservatism prevalent there.

There were, however, no indicting reports to support the claims that this momentary, precautionary skepticism, on the part of the Chinese authorities resulted in a crisis or triggered a pandemic.

Contrarily, the inspecting WHO delegation that visited China in January described China’s containment response as eccentrically excellent and it labelled her proactiveness as a model worthy of emulation.

This was made possible due to such massive and draconian responsive measures as the not-too-late recognition of the situational severity, strategic ostracizing of the epicentre, Hubei province, the controlled and positively-oriented national consciousness, massive testing, tracing and treatments, record-breaking erection of such response infrastructures as the hospitals built in few days, mass production of kits and masks and so on.

The South Korean ambassador to the UK affirmed the novel effectiveness of these measures in his home country:

‘’Our strategy was test, trace and treat and it worked so far’’.

Reiterating the importance of large-scaling and institutionalizing of responses, he added: ‘’So far we have conducted more than half million tests, so in terms of population per capital, Korea is the highest testing country in the world’.

In short, based on the records, countries, which combined strong political will and positive national consciousness with effective resources to go all out against the novel coronavirus from the early stages, were sufficiently able to nip the menace in the bud.

Can same be said of the United States?

With over 400,000 and 26000 cases and deaths of coronavirus respectively, the US is one of the hardest hit by this pandemic. Juxtaposing the US pandemic response with that of China or Korea, one would find a hug gap of irreconcilable differences.

In its early stage, President Trump declared the coronavirus a hoax when political leadership was most needed to lead this antiviral combat and fill the void. As Trump continued to dish out empty assurances of safety to Americans, infections and transmissions increased geometrically.

When the reality finally dawned on the president and his team, such tackle responses as testing and tracing were begun in a very slow and disproportionate rate. Records show that national testing then stood at about a hundred per day.

The high mortality rate in the US is one of the many fall-outs of the systemic rot and exclusion of many poor Americans from the ‘luxurious’ national health umbrella.

Unlike the two success models, China and the Korea, with nationalized public health systems that have got almost all their peoples covered during this pandemic, many Americans are not subscribers to the Medicaid, Medicare and ACA. As a result, many, infected, are without access to quality, responsive healthcare.

And Obamacare, hitherto positioned to mitigate this, have been rendered unfeasible by the Trump administration.

In the end, it follows that President Trump, who had earlier lauded China for its containment efficiency and ingenuity, resorted to a cheap blackmail of the WHO to deflect the attention of the US public from the shortcomings of his administration over the coronavirus pandemic.

Indeed, this is not uncharacteristic of Trump. His style is to blame his failings on the opposition while riding on populist sensitivities to elicit popular alignments. To what ends would this make or mar the US fight against the coronavirus – only time would definitely tell.