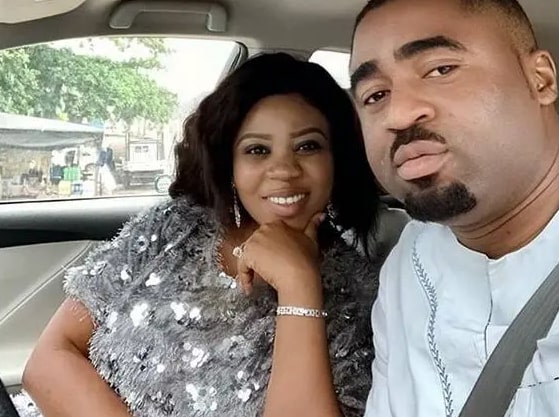 Nollywood actress Wunmi Toriola became a wife to a US-based businessman simple identified as Mr D on the 13th of May 2018.

The couple tied the knot less than a year after they met on Facebook.

According to an insider, Wunmi relocated shortly to the United States to be with her man after the marriage and returned shortly after she gave birth.

Her relocation to reignite her acting career reportedly caused the first crack in the marriage.

The source said even though the actress shuttled between the United States and Nigeria, her decision not to be a full time housewife didn’t go well with her man.

After a series of back and forth, the actress concluded that her man was not in support of her career and decided against his wish to stay put in Nigeria.

The source said long distance was the main issue in the marriage and the couple’s inability to reach a decision eventually led to the collapse of the marriage.

Our source said the marriage ended mid last year and all efforts by friends and family members to restore peace to the marriage failed woefully.

Another issue our source raised is lack of trust in the marriage.

The reliable source said Wunmi’s ex-husband was a serial liar who lied to the actress that his girlfriend was dead when they met in order to woo the actress.

The source said when Wunmi Toriola discovered that her US-based boo lied to her, she confronted him and quit the marriage.