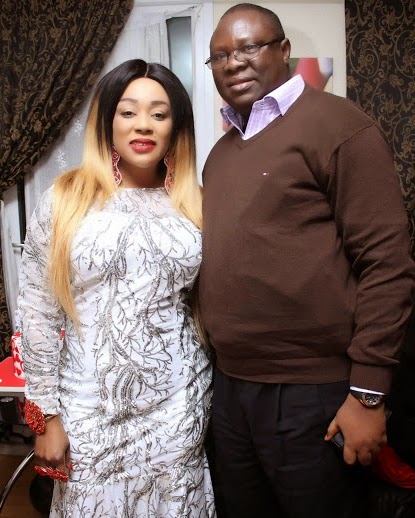 Feelers in the UK said the mother of two is presently in a hot romance with UK Deputy High Commissioner, Ambassador Kunle Bamgbose.

We learnt the lovebirds have been seeing each other at different locations in and outside London to satisfy their sexual urge. It was also revealed that Ambassador Bamgbose is the major backbone supporting Bustline with her two children education and most especially her numerous events in UK.

Fillers also revealed that the popular London socialite is planning to ban Baba Tee from entering the UK with the help of her new Sugar Daddy, Ambassador Bamgbose.