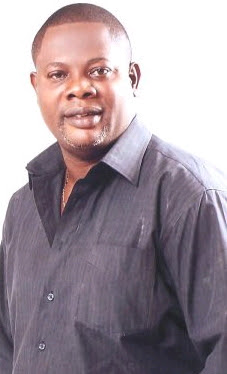 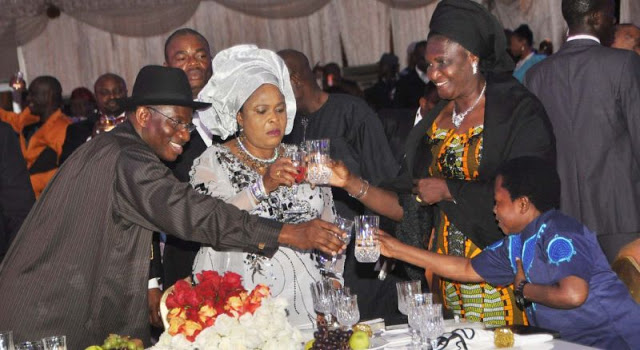 Veteran Nigerian actor Yinka Quadri who has been out of the spotlight lately in this recent interview revealed his perception of the recently concluded Nollywood’s 20th birthday dinner that held at the state house in Marina Lagos.

In this interview culled from National Encomium Magazine, below is what the Yinka Quadri said.

What’s your comment on the 20th Anniversary of Nollywood celebrated recently?

It’s annoying to say some celebrated 20th years of Nollywood.  But I don’t know who is to blame.  Anyway, whatever I say on the issue is my personal opinion and I am entitled to it. If we look at it very well, I don’t think there were any criteria for doing that.

On what criteria was the 20th Anniversary based? That’s if we all agree that Nollywood is 20.  Does that mean theatre practice in Nigeria started 20 years ago? Whatever they might have chosen as yardstick for saying Nollywood is 20 is incorrect.

Are they talking of the year stage play started? Or are we talking of the time we started celluloid film or home video? Whatever they may have chosen, they’re still very wrong. But as I said, I don’t know who to blame. I believe somebody just woke up one day and said let there be something to be called Nollywood, which happened just among few people. I don’t think I am that young in the industry to be oblivious of a meeting where Nigerian theatre body was named Nollywood.

To me, it was just an opinion of a few individuals for reasons best known to them.  One of the reasons I said I don’t know who is to blame is that when this groups of people gathered and said they will be bearing Nollywood, some of us in the indigenous theatre group accepted to be part of them, others didn’t. But my concern is this, if we now accept Nollywood as a common identity, won’t there be an executive body that will oversee its affairs.

Fine, we have many association and guilds in the industry, including Association of Nigeria Theatre Art Practitioners (ANTP), Actors Guild of Nigeria (AGN) and all that. If the combination of all these is called Nollywood, then there is nothing stopping us from forming a national body that will supervise that Nollywood, not just a few people parading themselves as Nollywood.  Then if we must believe that Nollywood is our common name, when did all the stakeholders meet and agree on that name? who are the people in charge?

Left to me, the fault is not mainly from those who are claiming to be Nollywood, it’s those of us in the Yoruba and other indigenous theatre groups in the country that have been folding our arms.  Those of us in the Yoruba movie genre have not gotten our priorities right.  We don’t know whether to be called Nollywood or Yorywood.  The Hausa have given themselves the name Kannywood, and they are forging ahead.

But whatever it is, if we choose to be part of Nollywood, that means it’s just 20, but it’s totally wrong. Unless it belongs to a certain segment of Nigerian movie industry. Let’s go a little historical if they have forgotten.  The first man that started theatre practice in Nigeria was Dr. Hubert Adedeji Ogunde of blessed memory.

That’s a non-contestable fact.  He was the person that commercialized acting in Nigeria.  I was also told that there was a man called Onimole from who Hubert Ogunde got theatre ideas.  The man used to move around Lagos with his cultural group called Arinjo. After Hubert Ogunde had watched him for like three or four years, he came up with a theatre group.

Then, he started with what was called stage play.  That’s the beginning of theatre practice in Nigeria.  He was the one that taught us how to set the stage and all that.  We still have many other late legendry actors, including Adeyemi Afolayan (Ade Love), Oyin Adejobi, Duro Ladipo, Kola Ogunmola, Femi Philiph, Akin Ogungbe and others. Also there are living legends including Moses Olaiya (Baba Sala), they have been acting since 40s. All these people graduated into television.  From there to celluloid films. In 1976, Yoruba happened to be the first to produce a film called Ija Ominira by late Adeyemi Afolayan (Ade Love), after him Hubert Ogunde shot Ajani Ogun that was in 1977. He graduated to 36mm in 1978 when he produced Aye, Jaiyesimi, Kadara, Ayanmo and others.

Baba Sala, Oyin Adejobi and others also produced theirs.  Even, I also took part in celluloid production. That was the low cost film called reversal. That’s 1987. If this wasn’t the yardstick, if they said it was video thing, it was also pioneered by a Yoruba man. That’s late Muyideen Alade Aromire.  He produced Ekun in 1988 which was the first home video produced in Nigeria. I, Abdul Ganiyu Olayinka Quadri followed suit that same 1988. Since then till 1993, I produced about 16 movies including Atitebi, Kura, Danger man, Olonika and others. Among our bosses who later joined us in home video after producing countless celluloid film were Prince Jide Kosoko who came out with Asiri Nla in 1993.  There was no home movie that beat Asiri Nla’s record in Idumota, Lagos, then.  It was a talk of the town movie.  Also, Alhaji Adebayo Salami (Oga Bello) produced Asewo Nla, with good quality in 1993.

Now, let’s have all those that came over night and said Nollywood started in 1993 with a movie, Living in Bondage produced by Kenneth Nnaebue of NEC Video Link.  They are ignorant of how Mr. Nnaebue started producing home movies. I happened to be one of Kenneth actors in 1992 when he said he wanted to join us in producing Yoruba home videos.  He learnt one or two things from us and we gave him our support. I was one of the prominent Yoruba actors he was using then. Others included Fatai Adebayo, Ishola Ogunsola, etc.

He produced not less than 22 Yoruba movies, including Ajeni yami, Ina Ote, Iji Ogede, Agbegi Lere and others, on home video before producing Living in Bondage in 1993.  All these movies were directed by a member of Association of Nigeria Theatre-Art Practitioner (ANTP), Mr. Tade. So, when they are now saying Nollywood is 20, what’s the basis? They should tell the public. It’s annoying. It’s an error. And something urgent must be done to correct it.

For instance, in India, after naming their entertainment industry Bollywood, they didn’t rubbish their legends, the pioneers.  But here in Nigeria, kudos are not given to those who really deserve it. I believe we should follow history.