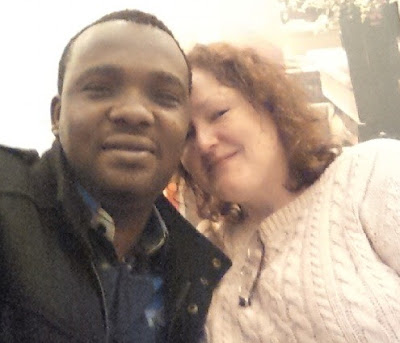 Nollywood King of controversy Yomi Fabiyi has been called out by a colleague for allegedly using women to source money because he is broke.

The Nollywood insider NG met at a function this morning said Yomi Fabiyi’s Hush Hush reunion with his ex-wife is not unconnected with his poor financial situation.

The male source who called Yomi Fabiyi a broke a** women user said the actor allegedly requested for a loan from a friend to run his upcoming projects but he was not successful as the friend who worked in one of the New Generation banks in Lagos is currently battling a legal case.

He added that Mr Fabiyi thought a new way he could source fund is to run to Fran, which he allegedly did few days ago.

Oga Fabiyi is currently cooling off with Fran in the United Kingdom as he vows to cancel their divorce and bring her back to Nigeria before they return together.