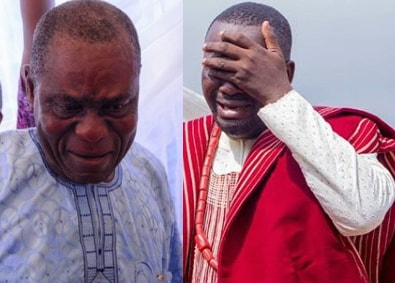 The actor who lost his mom while he was in the UK wept profusely during the burial that held at the Ebony Vaults in Ikoyi Lagos on Saturday the 3rd of March 2018. 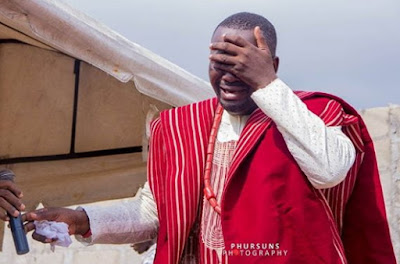 What touched his fans the most is the photo of his dad weeping profusely as his wife was committed to mother earth. 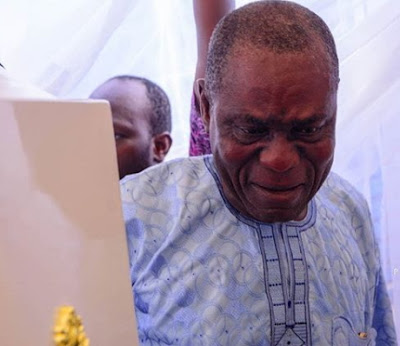 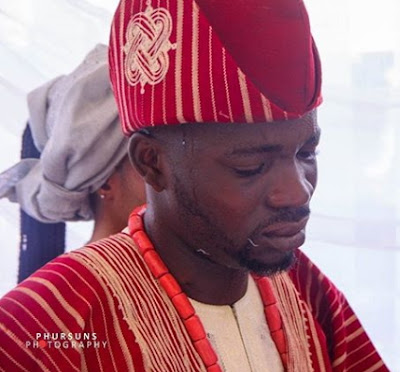 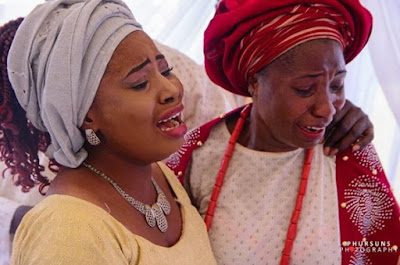 So touching!! May God comfort them.