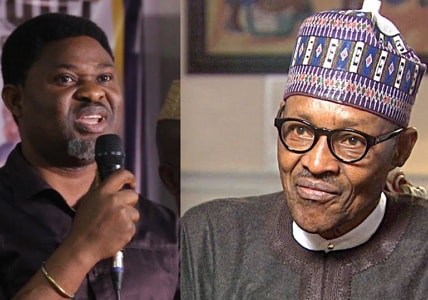 Nollywood actor Yomi Fash Lanso who has been on Buhari’s case since the recent massacre in Plateau state has opened up on why he wrote him a lengthy open letter a couple of days back.

In his chat with Saturday Beats, the thespian dismissed the insinuations that he wrote the letter because Buhari didn’t invite him to the Presidential banquet.

“I did not write the open letter because I am no longer in the good book of the government. Those that are making such claims, have they seen me go to the government to beg for money? I also campaigned for Goodluck Jonathan. I campaigned for Buhari based on his integrity and my point of view and now that he is derailing, I have to correct him. (NaijaGists.com)

When Jonathan also failed to arrest corrupt politicians, I spoke against it. Those who think I wrote the letter because I was not part of the celebrities that broke the fast with the president don’t know that I was consulted to submit the names of some of my colleagues I deemed fit to be there and that is what I did. I did not include my name because it was not necessary.”

The actor said it is obvious but sad that the president is taking sides with the herdsmen who are allegedly behind the incessant killings in the country.

“It is obvious that the president is taking sides with these killer herdsmen because for over three years, the same thing has been happening. The government should be held responsible for the killings in the country. They arrested some people over a reprisal and ordered that they are hanged.

How about those who perpetrated the act that called for the reprisals? Where justice fails, personal vendetta would set in. That is what we are guarding against. You cannot encroach on my land with your cows, destroy my crops and kill my family, then expect me to sit back and watch.

These farmers toil day and night only for these herdsmen to destroy the fruit of their labour with their cows. Enough is enough,” the thespian said.

“Now I am afraid to campaign for anybody because you cannot trust anybody. All I can do is advice people to vote. We have never enjoyed any administration in this country. Every government that came into power always had one issue or the other. We have allowed corruption to thrive so much that it has eaten into our bone marrows and this makes everyone believe they can do anything they like. It is for this simple reason that we are witnessing all these killings.

If things work the way they ought to and people who err are investigated, arrested and prosecuted, it would serve as a deterrent to others. In other countries that similar things happened, it took one person to change their narrative.

I voted for him because I believed he would change things but now, he is paying lip service. Every human life is important and if anyone claims that their cow was attacked or stolen, where did they report the case?

Which police station? If someone could come out to say that they would kill anyone that steals their cows, then the person should be arrested because he has indicted himself. Nothing is happening so far”.