According to his wife, Toyin, Peters died around 9:20am yesterday and his corpse has been transferred to the mortuary.

He was earlier diagnosed with gastric tumour but doctors discovered he had gastric cancer after it had reached the terminal stage. 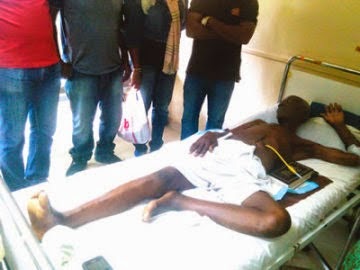