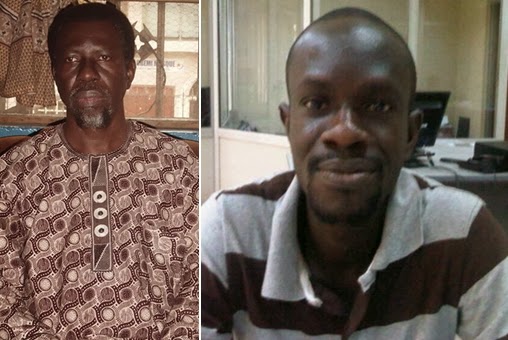 Veteran Nollywood movie star Kayode Odumosu aka Pa Kasumu, is currently getting ready for the wedding of his first son, Tunde Odumosu.

According to The Nation, the text message containing the details of the wedding, which is scheduled to hold next Month in Lagos State, was signed by the actor himself.

Although he prefers to be discreet about the forthcoming event for obvious reasons, the development has, no doubt, rekindled the hope of his fans who have been worried about his state of health.

It will be recalled that a popular blog reported last week that the dark-complexioned comic actor had lost his sight and tongue.

Consequently, one of his colleagues, who pleaded anonymity, expressed his joy over the development, saying, “When I heard that he is preparing for the wedding of his son, I felt so happy for him. Although he seems to be playing it close to his chest, I pray God spare his life to witness the day. Being alive to witness his son get married will surely give him infinite joy, particularly when you consider his health challenge. I wish his fans and Nigerians will rally round him, as he has not been working for some time, so that he can perform his responsibility as a father, financially.” (The Nation)