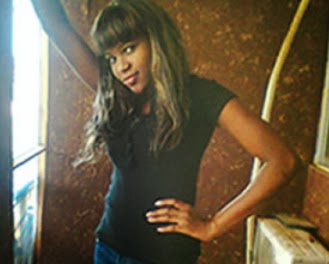 The life of a brilliant lady at the Biochemistry department of Bowen University has been cut short by some angry cultists who attacked her at her parents house in Lagos.

17-year-old Opeyemi Odusanya a 300 Level Biochem student was stabbed to death for allegedly rejecting sexual advances from some youths in the area. She was also accused of being too proud.

According to police report, Opeyemi was stabbed to death by some cult members in Alakuko area of Lagos state Nigeria on Monday, the 3rd of February 2014.

Here is what a police officer who requested anonymity told PUNCH Metro yesterday:

“In the afternoon of February 3, 2014, the deceased went to buy airtime for her telephone. As she was returning, a group of cult members trailed and entered the house with her.

“Opeyemi was alone at home when the guys entered. They instructed her to turn on the generator so that if she screamed, no one would hear.

“We believe that they wanted to rape the girl, but she must have put up a fierce struggle as the whole house was scattered.

“The guys subsequently stabbed her in the stomach several times and ripped out her intestines.

The sources told our correspondent that after the guys had fled, they used Opeyemi’s telephone line to send a text message to her mother, explaining why they killed the 17-year-old.

The text message, which was typed in English and Yoruba languages, and made available to our correspondent, read, “Your child has been proud. We have been toasting her, but she has refused to accept. We have killed her to teach a lesson. We have also driven your car away.

“If you want your car back, come to Lakas Hotel or Cele Bus Stop around Mile 2 to pick it up. If we see policemen around, we will kill everybody.”

Residents of the area told our correspondent that the victim’s mother, Olayinka, had a panic attack after reading the message and quickly informed those that were with her.

However, a phone call from the family’s housemaid was said to have confirmed Olayinka’s fears that the text message was not a bluff.

It was learnt that she returned to the house to meet the lifeless body of her child.

PUNCH Metro gathered that the mother of the deceased, who is a senior official at the Mushin Local Government secretariat, later reported the incident at the Alakuko Police Division.

A police source told our correspondent that the murder weapon had been recovered.

“By all indications, the girl was not raped because her clothes were intact. The knife used in killing her has been recovered,” the policeman said.

It was gathered that the parents of the girl had relocated to the Redemption Camp on the Lagos-Ibadan Expressway.

Our correspondent, who visited the Facebook page of the deceased, observed that tributes had been pouring in for the 300 level student.

One of her friends, Folake Kuforiji, wrote, “RIP Dear, May your soul rest in perfect peace and may the Almighty God protect and console the rest of your family. A real gem is gone. I remember back then in secondary school when we used to call you Ope International. You left us too soon, but God knows best.”

A man, Adeniji Chigozie, who claimed to be her former teacher, wrote, “Remember those days in class. You were one of the students I cherished and respected. You were respectful and intelligent. As a teacher, I was very proud of you. The details of the cause of your death are still sketchy and confusing. Nigeria has lost another intelligent and beautiful mind – A great star has fallen!

“Above all, I wish your family and loved ones the fortitude to bear this shocking loss – May God in His gracious nature comfort them, amen!”