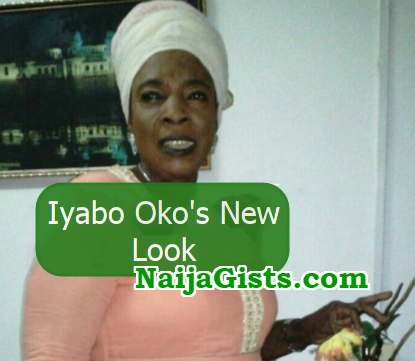 Veteran Nollywood actress who is currently battling what doctors called CDA (Congenital dyserythropoietic anemia) in far away India has finally opened up to the media.

The versatile actress officially debunked her death rumour in this interesting telephone interview with City People.

See excerpts of her interview with Gbolahan Adetayo below:

I have been trying to reach you for the past 1 year but your last child was picking up without telling me the condition you were in ….

My son, you won’t believe it, I saw your calls, I even attempted to pick but I couldn’t utter a single word. That was why my last child was picking my calls, especially the ones that were very important. I pray for a safe trip back to Nigeria, I will definitely see you and we will talk better. What I went through was not ordinary. God used my children to save my life because they really spent to make sure I live. I am very healthy now.

How did the whole thing start?

I thank God almighty for sparing my life till this moment. The devil tried his best but God showed him that He is truly Alfa and Omega. What happened was that, that very day, after I woke up from my sleep very early in the morning and I attempted to talk, I just found out that I couldn’t talk any longer and I was told it was a partial stroke. I was taken to a hospital and I was treated, the doctors really tried their best. The hospital is called 68 Military Hospital, Yaba, Lagos.

They tried their best but I couldn’t just talk for months but I still give glory to God that I can now talk properly. The funny thing is that, I was not paralyzed; my legs and hands were effective, just that I couldn’t talk. I first spent 2 weeks at the hospital and when I got home, it started again and I returned to the hospital. I visited the hospital like 3 times. 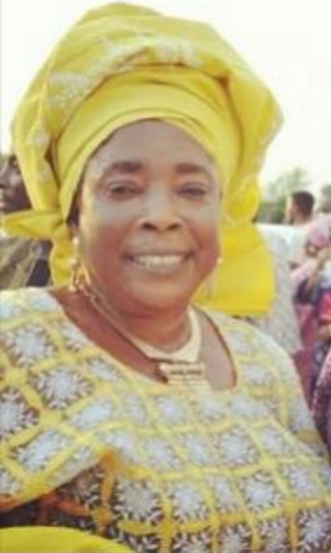 Kemi Afolabi and Sikiratu Sindodo even saw me because she brought her grandma to the same hospital. Kemi was weeping when she saw me, she took good care of me and she also gave me money. She also said I shouldn’t drown myself in excessive thinking because many have suffered the same ailment and they are nowhere to be found today.

After many trials at the hospital, I could still not talk, I was discharged and my son came back from abroad, he rushed me to UK and I spent like one month. I was at home but doctors were coming to treat me. He employed a therapist and after a month, I started talking and my son finally took me to India where everything was perfected. I spent 7months in India receiving treatment at home. I give glory to God almighty that I am now okay.

I do exercises frequently, I go out and I do all things, the only difference you will notice about me now is that I am not as agile as I used to be. I have lost a lot of weight and I love it like that because I now keep fit. I was so scared during those trying periods because there were several bad news coming from the industry.

You hear different stories about Nollywood stars which were adding more to the illness I was already suffering from. But thank God, Jesus conquered for me.

What did the doctors diagnose when they were treating you?

Can you shed more light on that because, it seems that you see it as an attack?

My brother, it was an attack because I haven’t experienced such ailment before. I wasn’t paralyzed though but I couldn’t talk at all.

Even at 68 Hospital, they advised me to becareful because of the way I abuse people in my movies. They asked me if I will still continue abusing people, they didn’t even believe that I will live again because I was in very bad condition.

I am thanking God that I can still talk again. The doctors were telling me I don’t give myself time to rest.

Now, I have decided that if I return to Nigeria, I will not be appearing in all movies like before, I will be selective now. I will only be producing movies now, and feature in some movies that are very important to me. I will no longer be jumping from one location to another like before. That is all I can say on that for now “Omogbolahan mi”.

When you were in Nigeria, didn’t you think of going traditional for quick solution?

Not at all. I was only shouting God’s name at all times. As I was receiving my treatment, I was praying so much as well and I thank God for not disappointing me.

In the industry, you are getting old now but I want to believe that this is not the right time for you to leave the industry just like that. Which work do you think you can do now apart from producing or selecting movies to feature in?

My children are already planning another work for me to do. I was told not to be jumping around, they are planning to open a shop for me to so I can start selling provisions and also produce movies once in a while. That doesn’t mean that I will relegate myself from the industry totally, I will still be doing some jobs since I am fit again. I pray I don’t experience such again.

What would you like to tell your fans who have been asking to know your whereabouts?

Help me explain to them that I am not dead, I am alive and bouncing. Though, I was very sick but God has raised me again, I am fit here in India. I am okay, I am just having my rest now and I am coming back soon.

What do you think your fans will be thinking, now that you have changed your look after you lost weight?

Help me tell them that it is cool to be slim. There is no peace in you adding unnecessary weight. Gbolahan , come to think of it, don’t you think a lot of people are admiring your look? You look fit and smart and that is the best stature. I am not too slim but I am not as big as I was.

How about the back side?
{hmmmmm}you shall see it yourself when I return home. Everything is now in good shape. My back side isn’t heavy again. 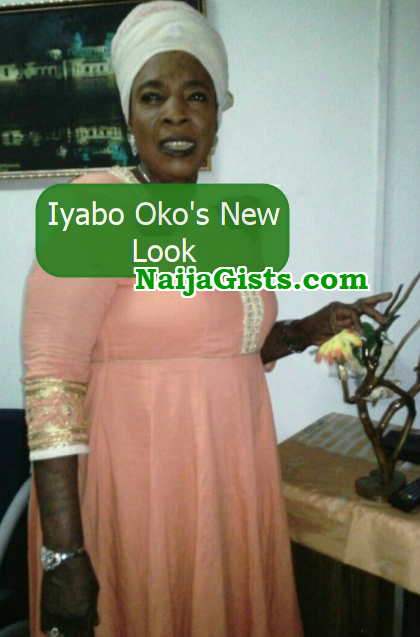 You said you were told by the doctors not to abuse people again in your movies, would you stick to that advice or ignore?

I will continue to abuse people because my God is behind me. God is always with me which I know. I will not die prematurely, you too won’t die untimely and you will also succeed in anything you put your hands on. I will still abuse but I will add evangelism to my work.

Even if I don’t eventually become an evangelist, when I return to Nigeria, I will go to a bible school because God does talk to me a lot and that is what will influence the bible school and I will add the work of God to my daily activities. That is what I mean; I may be a prophet and evangelist if God wishes. I read it online that I am suffering from diabetes, there was nothing of such. I call it partial stroke but doctor said it is CDA, I wouldn’t know if CDA also means partial stroke. The most important thing now is that I have recuperated, and I am now bubbling like I used to.