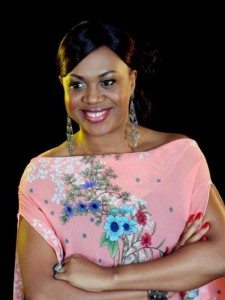 I was too stunned, confused and shocked to write anything last week. On the first of June, I was at home trying to make a decision whether to go to Lagos from Abuja on Saturday 2nd or Sunday 3rd. I had two events on that Saturday that I really did not think I had the energy for, seeing that I just finished filming my short film: When Is It Enough?.

I just wanted to rest on Saturday and then head to Lagos on Sunday because I was to co-host the Miss Global beauty pageant.

Truth is I finally made up my mind to go on Sunday so that I could rest on Saturday. So, Saturday morning came and I packed my suitcase with clothes for just the Sunday event and for my trip to America.

I also tried to call my agent to book my flight to Lagos the next day, Sunday, with Dana because it had become my favourite airline. I even made friends with the staff and their pilots. The network was so bad that I could not reach my agent. Then I got a call from my friend and brother, Lamboghinny, who told me to try and come to Lagos so I could at least honour a friend of ours at their wedding that Saturday.

I hurriedly carried my suitcase without taking any extra dress for the event of that day, and went straight to the airport. I realized that the Dana flight for that day was too late and since I wanted to go for two events I decided to go with IRS which was very rare.

Anyway, I got to Lagos and immediately called two of my friends, Olan and Exquisite Boutique, who had stores to send some clothes to my hotel so I could pick something to wear for that evening. Luckily I found something and went for my events. Saturday ended so well and I was looking forward to the next day so I could perform my duties.

Everything went on well that Sunday till it was an hour before the show. I finally saw my co-host, “Uncle Israel”, apologizing for not showing up earlier. He looked so distraught and confused, as he kept shaking his head. I was a bit worried because we had to host the show together, so I asked him what the problem was and that was how I heard about the fatal crash of the airline that I was supposed to take on the day I wanted to travel, with the same friendly crew I wanted to see again.

I was in so much shock that I didn’t know what to say or think; and so, I blanked the information out for a few minutes. That did not last for long because my phone started buzzing every second with family and friends who knew Dana was my preferred airline and who also knew I was supposed to be in town from Abuja.I still did not get the full picture till my mother called me crying and saying that even though she had heard from my sisters that I was okay, she just wanted to hear my voice after she saw the report and clip on CNN. Then when people started sending pictures to my BlackBerry smart phone with the names and pictures of people on the flight, I froze.

In all of this, I had to go on stage and pilot an event so I had to pull myself together. My co-host and I did our best to be strong, because most of the people in the audience did not even know what was going on at that time, so we just asked them to observe the one minute silence. As the event progressed, I saw some people running outside with their phones to their ears. That was when I realised that the information had started circulating.

After the show, I went to my hotel with a couple of friends and I broke down, into a state of depression.

The first thing that came to my mind was the State of Mind of the people on that flight the moment they realised they were going to crash.

The people that had their children with them, would they be crying for themselves or for the lives of their children who they could not save?  What does it feel like to face death in that manner and be helpless?

All sorts of questions came to my mind. Then I thought: What about those people who did not buy tickets, who did not board any flight, who did not even leave their homes, who just wanted rest on Sunday and prepare for work or school, who did not go out looking for anything?

After that, I started thinking of what some pastors said during the time of Pastor Bimbo Odukoya and that got me so angry. One of them actually said: “Well, let God’s will be done, it was their time and as God gives so shall He take”. That was the most insensitive thing I have ever heard. So I wondered what they would say now knowing that these people did not have to die but for the greed, negligence, incompetence, lack of value for lives and property, inhumanity in the whole system.

As we have heard and discovered, there was already a complaint about that aircraft but the pilot was still asked to fly the plane.

Let me ask you: Will shutting down Dana and giving the families money bring back these people who died unnecessarily? If you had to fly within Nigeria now, wouldn’t you think twice and say extra prayers before you board? If there is any small turbulence while in the air, would you not get paranoid and start to mumble blood of Jesus under your breath?

I got a report from an aviation magazine and I think I should share this with you, so you know exactly what we are dealing with here:

“Contrary to the Federal Government’s promise to release information from the blackbox about the crashed Dana aircraft and the flight records of previous crashes to the public, investigation shows that the promise might not be kept.

“The June 3rd Dana air crash, which killed 153 passengers on board in Iju, Ishaga, Lagos, had provoked public demand for the release of the black boxes of aircraft that crashed in the past.

“But the commissioner and Chief Executive Officer of the Accident Investigation Bureau, Captain Muhtar Usman, said in an interview that such demands would not be met going by the conventions of the International Civil Aviation Organisation, which Nigeria had ratified.

“However, he said the practice had been for the AIB to use part of the information to write its report, but would not wholly release the details as contained in the flight recorder.

“He said: ‘There is an international convention of the ICAO preventing us from publishing the information from the black box the way it is. We can use the information to write our report, but not publish it the way it appears. We have adopted ICAO rules.”’ The implication of this is that Nigerians might not fully know the cause of the Dana flight tragedy.

After reading this report, I shook my head and wept just a bit, because once again, Nigerians will blow hot and react, rally, demand for answers, talk and scream, but in a matter of weeks it all dies and goes away.

I don’t even want to go over that list that shows you how old our aircraft are because it will make me even more paranoid. Where is that done? When countries reject their aircraft because of old age and engine malfunctions, NIGERIA buys them to transport its citizens. So, regardless of what the blackbox report is, or how much these families are paid, we are still not safe at all.

Truth is that when things like this happen, after a few days of crying and lamenting, we all move on with our lives. After all, I have been informed that a whole family coming to attend a wedding was wiped out in the crash but the wedding still went ahead with everybody celebrating and smiling like nothing happened. At the end of the day even the affected family moved on quickly with their celebrations.

A few days after that, we got a report that a flight that was supposed to land in Abuja had to return to Lagos because the lights went out on the runway.

How much of these will happen before we all realise that we are all walking time bombs, just ticking away?

When I say Nigeria is blessed you might not understand. I say this because it does not take rocket science to know that it is only God that has been protecting us. With the issues we face in our country it is amazing how we survive each day. From air travel to bad roads that cause accidents, to kidnapping, to bombing, to rape, to domestic violence, to killing boarding house students, to the looting of our hard-earned money, to fraud, to armed robbery and so on.

My state of mind right now is unimaginable, but in all of this I know that God has a plan and really can’t wait for it to start manifesting and come to pass in my lifetime.

Quote: Remember Redemption Song by Bob Marley. Start listening to the  song from “Emancipate yourself from mental slavery…”