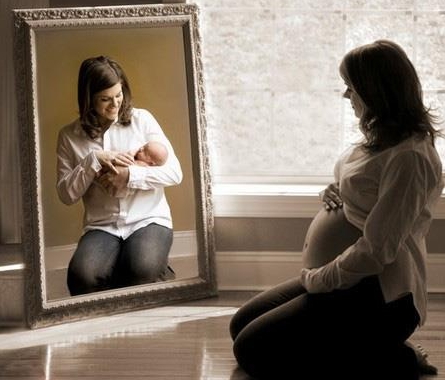 September 3, 2017 – You’re Pregnant With Vision! There Is Something Inside Of You The World Is Waiting For

“Cherish your visions and dreams as they are the children of your soul, the blue print of your ultimate achievements.’’ –Napoleon Hill

I have come a long way to realize that you cannot birth what you cannot conceive. The most valuable people in life are visionary people. Albert Schweitzer said, “The tragedy of life is not that we die but what dies inside a man while he lives’’. Every man is pregnant with something!  There is something inside of you that the whole world is waiting for. The Bible says in John 7:38, “out of your belly will flow the rivers of living water”. There is something in you that must flow to others. You are a carrier of God’s blessing. Stop living casually and aimlessly because living casually is the easiest way to becoming life’s casualty.

Zig Ziglar said “You cannot become what you need to be by remaining what you are”. Change is not only necessary for survival; it is the only evidence of life. The wise keeps creating new worlds while the fool lives in a world that no longer exist! What form of change do you carry within you? Mahatma Gandhi said, “Be the change you wish to see in the world”. I have observed over the years that change must happen within you before it can happen around you.

Until you break traditions, you can’t break records! In 1938, two Hungarian brothers by the name George Biro and Laszlo Biro invented the ball point pen.  Their invention was able to reduce cost, control the flow of ink and save paper. Before their invention, it was a  Herculean task writing on both sides of papers. The young brothers saw the whole world languishing with feathers and ink on one side and traditional ink refills at the other end and they made sure they left a change behind, and not even a change, it was a maximum change: from writing with feathers, ink and refills to writing with a ball point pen. The press hailed the success of this writing tool because it could write for a year without refilling.

The two brothers gave the world the cheapest and fastest pen.  Most people live their lives to leave an indelible mark, but George and Laszlo left an “Indelible Ink”. In honor of a life that brought change, the first ball point pen was named “Biro” after the two wonder brothers. George and Laszlo blessed the world with “Biro”, the question is “what are you going to bless the world with?” The whole world is waiting for you! Everyday all over the world before sunset, the name ‘Biro’ must have been mentioned a billion times!

After a man is totally convinced that he is pregnant with vision to impact the world then he must also embrace some salient truths in order to birth his vision. The first is to know that your vision will attract the enemies (vision killers). I have come to realize that a man cannot discern his enemy until he discerns his purpose and vision. Myles Munroe said ‘’When you discover purpose, you also discover your enemy.’’ You don’t really know who your enemies are until you discover your vision. Your vision reveals your enemy.

When God gives a man vision, the devil gives him an enemy. The biblical Nehemiah had a vision to rebuild the wall of Jerusalem, but the devil raised Sanballat and Tobiah to frustrate him. For Samson, it was Delilah, for Alexander the great, it was his strange habit. Some people’s vision has been swallowed by wrong relationships. Charles Dickens said, “By staying alive, man is a constant threat to the lives of many others”. Your vision threatens your enemy. The easiest way to know your enemy is to discern the people that are constantly threatened by your vision!

The second truth is to know that when God gives a man a vision, He will also give him a provision. There are people that God has assigned to help your vision (destiny helpers). God has assigned some people to feed your vision. There is nothing that frustrates a vision more than the lack of provision! Proverbs 29:18 says, “People perish without vision”; the reverse is also true “vision will perish without people’’

Every vision needs a formidable team. Thomas Alva Edison, the man who invented the light bulb had a team of 61 men, with a vision of 1 minor invention every 10days and 1 major invention every 6 months. I have seen people who started with nothing financially and they fulfill their vision but there is NO man that fulfills vision without the right people. One of the determinants that show that your vision is from God is that it will require people.

The third truth is that you are never too old to conceive and birth a vision. Colonel Sanders at the age of 65, made a difference with his chicken recipe.  He was relatively unknown at 65 but became a world famous and outstanding American at 75.  As Colonel Sanders was sitting on his porch in Corbin, Kentucky, one morning, the mailman came up the walk and handed him his first social security check. 65 years old, broke and defeated, he looked at the check and said, “My government is going to give me a hundred and five dollars a month so I can eke out an existence. Surely there is something I can do for myself and other people”. The thought of his mother’s special recipe for fried chicken came to his mind. It was a particular formula which he considered somewhat special. He decided to try to sell franchises for marketing his fried chicken. After being turned down by scores of restaurants, he sold his first franchise in Salt Lake City. It was an instantaneous hit. Ten years later at age 75, he sold his rights in the company and was employed as a goodwill ambassador for the new organization. We don’t stop having vision because we have grown old; we grow ‘old’ because we don’t have vision!

Stop living a casual life and start living intentionally. What idea has God given you to nurture? What novel initiative are you meant to bless the world with? Don’t allow that vision to die inside of you. Maya Angelou said, “There is no greater agony than bearing an untold story inside you”.  Live your life with the consciousness that you carry what the world is waiting for! The Bible says in Romans 8:19 that the whole world is waiting earnestly for the manifestation of the sons of God.

What counts in life is not the mere fact that we have lived; it is what difference we have made to the life of others. Jimmy Carter, former US President once said, “I have one life and one chance to make it count for something. My faith demands that I do whatever I can, wherever I can, for as long as I can with whatever I have to try to make a difference”. Never underestimate the difference you can make in the life of others. Whatever you do, make a difference!

QUOTE OF THE WEEK: ‘’In life, it is either you are a man of vision or you will become an omission.’’ –Gbenga Adebambo

Continue Reading
You may also like...
Related Topics:motivation, pregnant, vision