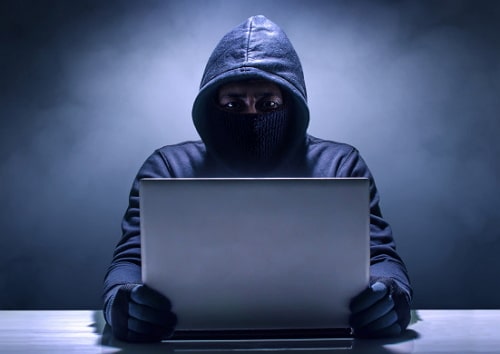 “Focusing your life solely on making money shows a certain poverty of ambition. It asks too little of yourself. And it will leave you unfulfilled”- Barack Obama

Horace Freely said, “The darkest hour in any man’s life is when he sits down to plan how to get money without earning it”. You earn money by finding Meaning and solving a problem. Money is the by-product of finding meaning.

Life is about making an impact, not making an income. Mike Murdock said, ‘’Money is the reward you get for solving someone’s problem’’. It is fraud when you plan to get money without solving a problem.

The truth is: money is just a reflection of the value you give to others. So the more you solve problems, the more money you make. Some people are only passionate about doing anything just to get money while great people are passionate about adding value to people’s lives for profit.

The ravaging news of Nigerians plummeting the western worlds through advanced free fraud is becoming embarrassing and a degrading show of national shame. First, it was Invictus Obinwanne on his record breaking cyber-fraud totaling $22 million, followed by the 80 Nigerians indicted for cyber fraud by the FBI, followed sympathetically with the list of 23 Nigerians on the hanger’s noose in Saudi Arabia who may be executed any moment for drug-related offences, next was rather a hilarious tale of a Nigerian that defrauded another inmate inside a prison in Singapore!.

Amos Paul Gabriel, 48, who was sentenced to three years in jail for defrauding the Ethiopian government of $27.2m, was charged again with cheating another inmate while in remand at Changi Prison in Singapore to the tune of $27, 560.

The list released by FBI recently is not an indictment on any tribe or religion but a deeper revelation of our value and reward system. As I watched online where these youths partied and sprayed ‘sacred’ $100 bills like paper, I have no doubt in my mind that our value system has disintegrated to the extent that we celebrate people whom their source of wealth is questionable.

In a nation where dishonesty is treated with kid gloves both in high and low places, it is then imperative that we work on our perspectives before any significant change can be seen in Nigeria. If we continue to treat issues that bordered on dishonesty and lack of integrity with utter indifference and sometimes admiration, then we will continue to wallow in the mud of global vituperation.

We must educate and inculcate the right values in our younger generation. The source of their wealth should be investigated and the origin of their affluence questioned.

How do we reward novel initiatives, hard work, and honesty? How do we reward patriotic services to the nation? How is societal pressure playing its role in shaping the behavior of the youths? What do we expect from a nation where scammers are seen as being smart and the victims as being gullible?

This has triggered a chain of negative responses from the world community as Western Union in Texas (the State with the largest Nigerian population in the US) has blocked all money transfers to Nigeria. The block is actually anticipated to spread. There is now a controversial clampdown on US Visa application by Nigerians as a result of the unprecedented level of cybercrime by Nigerians.

While some Nigerians made news for all the wrong reasons these past weeks, there are still many more that are out there living a life worth celebrating. In the midst of all this came news of hope as a Nigerian engineer, Jude Igwemezie won a $500 million contract to build a monorail network in Iraq.

Chinedu Echeruo was also in the news for good as Apple bought his company hopStop for $I billion (360 billion naira). I want to emphatically say that there are many Nigerians earning legitimate money that has surpassed the criminal haul of countless fraudsters.

You find meaning by making a difference where you are. When the ambition of a man is chasing after money, wealth becomes elusive. The richest people in the world were just trying to solve a problem and ended up becoming rich.

George Washington Carver once said, “No individual has any right to come into the world and go out of it without leaving behind him distinct and legitimate reasons for having passed through it.’’ The issue of young people running after money without any definite and concrete plans to add value to the world is appalling. We seriously need to re-orientate our youths on the need to have a sense of value.

We need a renewed thinking approach to wealth. Wealth is not all about money; it is about adding value, solving problems, and leaving the world better than we met it. Money is not everything! Myles Munroe said, “Wealth is given to fulfill purpose and divine assignment. You were not born to make a living but to make a difference.”

Life is not all about money. It is living out on something that outlives you. The true worth of a man is not measured with money; it is measured by the object of his pursuit. John C. Maxwell said, “Most people are capable of making a living. The significant thing is making a difference.”  Life is about making an impact, not making an income.

An average youth should be a solution and not a problem in the contemporary world. Let us stop the ‘mad’ and ‘demented’ rush after money; let us proffer solutions to problems and earn money legitimately and credibly. Work hard towards evolving an idea that will solve problems and not just make money the object of your pursuit.

Pursue ‘meaning’, value, and purpose. What matters that you leave behind in life is not money, it is meaning – a legacy.  Pursue meaning, not money and money will chase you, pants down!

QUOTE OF THE WEEK: “Some people are so poor, all they have is money”-Patrick Meagher

Continue Reading
You may also like...
Related Topics:meaning, money, Nigerians

If You Are Very Good At Something, Never Do It For Free
It Is What You Do Before Others Wake Up That Puts You Ahead In Life