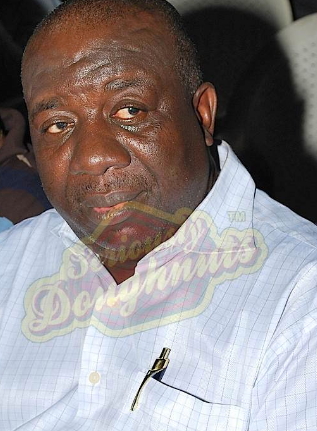 Veteran Nollywood producer Zeb Ejiro has opened up on the death of his mother, Mama Ejiro popularly called ‘Mama Nollywood’.

The memory of Mama Nollywood who died at the ripe of age of 83 few months ago is still alive in her son.

“Yes, I am still crying. This is a woman I have been with all my life. At her old age, she lived with me all through. So, each time I think of certain times we spent together, I cry. The day it happened I was with friends and I broke down in tears like a baby and everybody was surprise.”

“My friends were like ‘she was 83, why are you crying?’ I cried because there are mothers and there are mothers. She was not just a mother, she was a special mother and I can’t imagine that she is not here. We had been together for such a long I time I took it for granted that she would always be here with me.”

“I will miss her advice and love. When things were tough she was always the one who came to my side and said ‘let us pray’ and gave me words of advice. I am going to miss that a lot. She was such a sweet and loving mother.

“I am going to miss the motherly touch. Each time I was by her side I became that baby again. You never grow up in front of your mum; you are always a baby and I am happy to be that baby. I always took sanctuary under her wings. 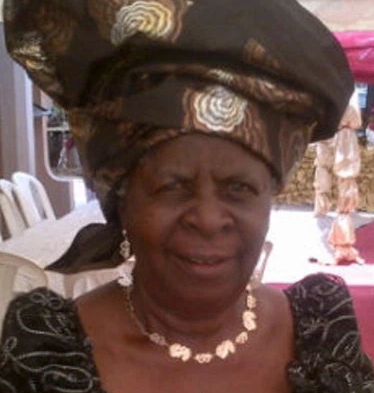 “Mum was strong in the Lord and she prayed hard for us. Everywhere she went and every church she attended she touched lives and today, they are all calling and asking for that great woman and how much they are determined to give her a befitting burial.

“Even in the industry they call her ‘Mama Nollywood’. A lot of the stars you see today passed through her and benefitted from her one way or the other.”

“My mother is very prayerful and she never joked with church. That Sunday it was raining heavily so she dressed very well and said she was going to church, but my wife said ‘mummy don’t go to church because it is raining. Why not wait until after the rain?’ But later, she went to church and when she came back, she ate and slept off.”

With tears in his eyes, Zeb Ejioro narrated his mother’s last moments:

“Later, she complained to me that she was not feeling fine, her tummy was paining her and all that and we gave her some medicine to take and we thought it was all okay but later at 12 midnight, she came to wake me in my bedroom that she wasn’t feeling okay but we were able to manage the situation until the next morning after which I took her to the hospital.

“I left her there with my son and when I came back from the office, I went to see her and she was okay; Chico and I were with her. The doctor reassured us that all was well.

“The next morning my wife and I and the entire household went to the hospital again. I did not like the way I saw her and I complained to the doctor and then they said they were going to do a scan. Before the scan, she started gasping for breath and the doctor said they had to stabilize her and she was taken back to the hospital, and before we knew it, she gave up. She died on a Wednesday.”

Chika Ike: I’m Looking Forward To Getting Married To My Fiance, He Is So Special To Me
Watch Kenny’s Divas Movie Trailer: Pete Edochie Kisses Juliet Ibrahim In Adam Slim Film