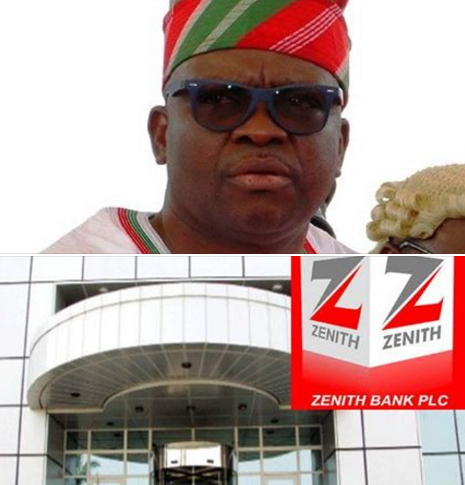 Zenith Bank: Fayose Angry Because We Exposed His Secrets To EFCC, We Didn’t Fund His Campaign

A source at Zenith Bank has exposed Ekiti Governor Ayodele Fayose few hours after he alleged that the bank sponsored his 2014 gubernatorial election.

In an exclusive chat with Sahara Reporter, the source said the governor begged the bank to keep mum on how NSA fund was spent and how it involved him but the bank didn’t yield to his order.