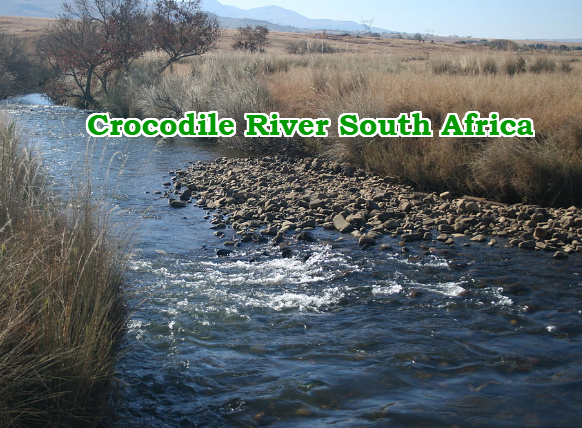 May 15, 2017 – Zimbabwean Pastor Eaten Alive By 3 Crocodiles In South African River While Trying To Walk On Water Like Jesus Did In The Bible

In what sources called zeal without knowledge, a Pastor in Zimbabwe has been eating alive by three crocodiles.

The deceased identified as Mthethwa Jonathan attempted the feat after 7 days of fasting and prayer.

The founder of Saint of the Last Days Church took his church members along as  he attempts  to walk on water like Jesus did in the Bible.

As he was attempting to cross Crocodile River located in Mpumalanga province of South Africa, he drowned and in the process he was eaten by 3 large crocodiles as his church members watched in horror.

Here is  was a church member, Deacon Nkosi told reporters: 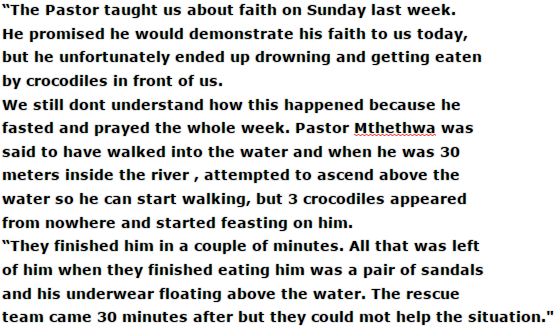 Lord have mercy… This is really sad!!!

Religion has definitely turned many into rambling psychopaths.