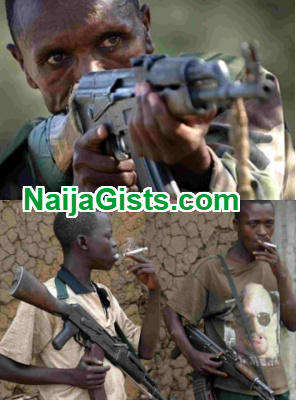 The 10 robbers, who brandished dangerous weapons, shot at two of the vehicles, a Hilux van belonging to the Aniocha South Local Government and a Toyota Corolla, popularly called ‘Spider’.

Immediately the news of the robbery went round, vehicles swiftly made U-turns to avoid being attacked. Also, vendors in the vicinity scampered to safety.

Over 20 passengers of different Hiace buses and private cars, travelling to Ughelli, Warri, Abakaliki and Port Harcourt, were held hostage by the herdsmen.

It was learnt that the majority of the cars that were trapped by the hoodlums about 5p.m. were going from Asaba to the aforementioned towns as well as neighbouring states.

The robbers were said to have fled into the bush when they heard the siren of a police patrol van. Although, no casualty was recorded, an official of Ndokwa West Local Government Area in the Hilux van was beaten to coma when he could not part with any cash.