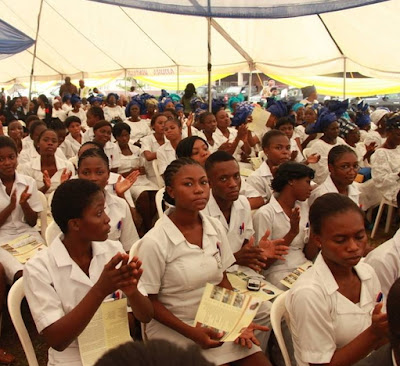 At least 10 students of the Lagos State School of Nursing, Midwifery and Public Health at Igando General Hospital, have allegedly slumped from inhaling the stench from a dumpsite behind the hospital.
Many of them slumped from the smell.

They reportedly slumped last week, raising the students’ fear that their health is at risk.
An eyewitness said: “Last Wednesday’s incident was the third this year. There had been cases of students becoming unconscious as a result of the smell they inhaled from the dump site beside the school. They were, however, revived with oxygen and immuniser. Some were taken to the Lagos University Teaching Hospital (LASUTH), Ikeja. Where they were attended to and we suspect they might have ended up with asthma.” 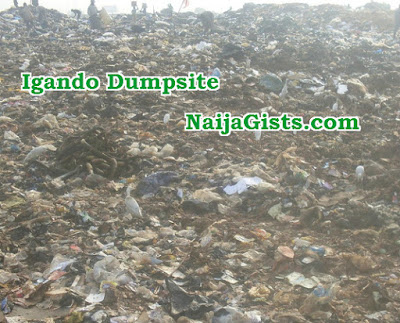 A source said: ‘It is alarming to have parents send their children and wards to school only to end up being exposed to an hazardous environment that could lead to asthma. My child was among the victims and she was asked to buy Augmentin tablets, Inhaler and Salburtamol tablets by LASUTH where they were taken to. I refused to take any action since the school has promised to look into it.”

“We were receiving Anatomy and Physiology lecture that Wednesday between 9am and 10am. When we ended the lecture, we just observed that some of our colleagues were collapsing; they were taken to the Igando Hospital and were attended to. But as we got to our hostel, more people slumped. That was when the alarm was raised.

“I did not know when I slumped too. I found myself at LASUTH. More than 10 of us were involved. Three were older students. At LASUTH, we were treated for asthma-related complications. The first batch was attended to at Igando while I was among the second batch treated at LASUTH.”
The management, it was learnt, is working to get the waste managers to clear the site. “This is why we resumed lectures as early as 9am,” the student said.

A resident, Mr David Odeh, said the smell from the dump site is terrible, adding that it is capable of causing serious health hazard. He said: “But what can we do than wait for the government to look into the issue.

Health is wealth. So, they need to look into the issue and not sweep it under the carpet.”
Odeh described the problem a recurrent, urging the government to do something fast about it.

A bus driver, Mr Lukman Rasheed said: “Most passengers often urge me to drive fast anytime I am plying the route. The kind of odour oozing out from there is very bad.

An official of the Ministry of Health said the ministry was aware of the matter adding that it is the present government that would address it.

When we sought to know what was being done by the school, its coordinator, Mrs Orenuga Oyefunso said: “I am a civil servant. If you need any information on the matter, go and speak to the Permanent Secretary, Lagos State Ministry of Health. I am not going to answer your questions.”