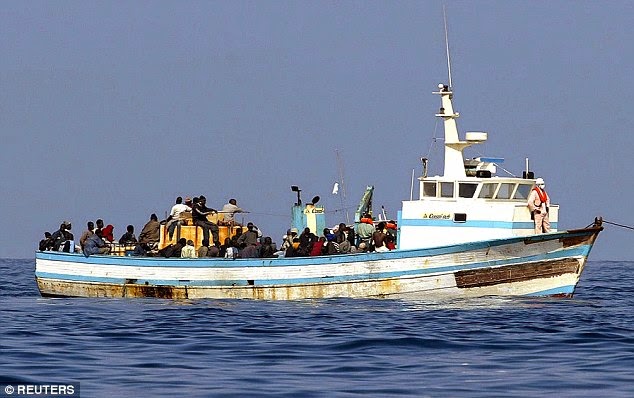 Angry Africans Robbed Nigerians & Pushed Them Into The Spanish Sea

Two migrants have been arrested after allegedly going berserk and killing ten passengers aboard a boat heading from Africa to Spain after believing that a Nigerian priest’s prayers caused bad weather.

The pair are accused of hitting their victims with wooden planks which they then used to push them overboard during a row which began when a Nigerian priest started praying because he feared bad weather would capsize the boat. 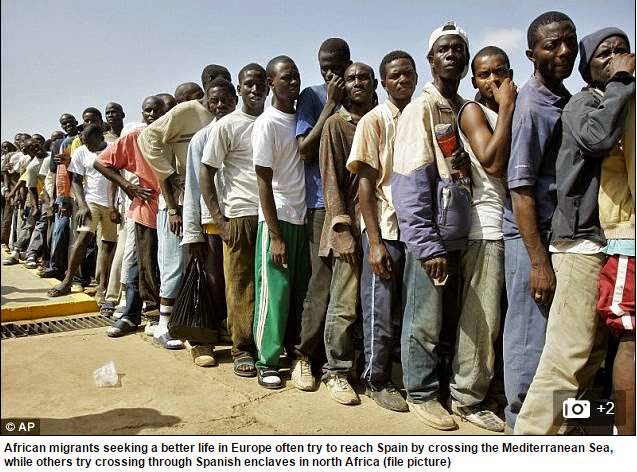 According to DailyMail, police believe the alleged killers wrongly interpreted the priest’s prayers as the cause of the bad weather, leading them to kill up to ten passengers on the boat that eight babies perished on. They are also suspected of robbing their victims – mostly Nigerians – of around £1,200 before pushing them to their deaths.

Only 29 of the 50 people who boarded the rickety boat in Nador, Morocco, after paying smugglers to help them reach Spain, made it to Europe. Eight babies were among those who went overboard as the boat was rocked by choppy seas.

A three-year-old girl was the only child survivor along with 28 other adults when rescuers reached it off the coast of Almeria, south east Spain, in early December. The youngsters had been travelling with their pregnant mothers in the hope of a better life in Europe.

Sisqo Bambola, the father of twin boys who lost their life in the tragic voyage, later posted a photo of the youngsters with their mum on his Facebook page, announcing: ‘Bereavement notice to all those who have known Sisqo Bambola’s twins. This is their photo. They died in Spanish waters.’

News of the arrests came as a shock in Spain, where it had been assumed all the victims died because of the bad weather. Police said their suspicions were first aroused when they noticed the survivors went out of their way to avoid contact with the Cameroonian pair, who have not been named.

African migrants seeking a better life in Europe often try to reach Spain by crossing the Mediterranean Sea from Morocco in small boats. [Reported By The Daily Mail]

Shame on African leaders, see how people are perishing daily all in search of a greener pastures.

Bola Amole’s Corpse Seized By Ogboni Cult Members, Family Warned Not To Bury Her
Cheating Girlfriend Exposes Self As Boyfriend Of 3 Years Plans To Marry Her