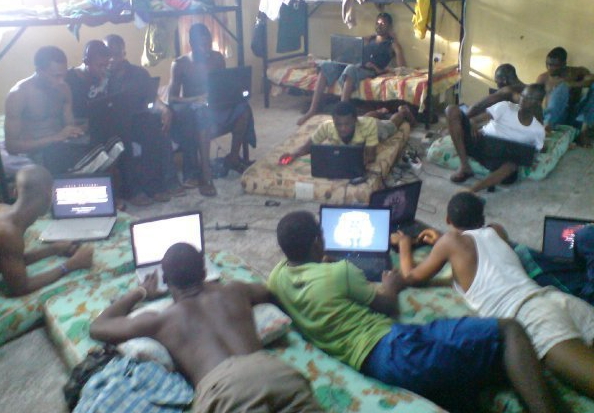 At least 100 undergraduates of tertiary institutions across the Southwest have been detained for various cybercrimes by the Ibadan Zonal office of the Economic and Financial Crimes Commission (EFCC), it was learnt yesterday.

Oseni added that the Ibadan office had recovered around N277.9 million from fraudsters in the past nine months, adding that 50 cases had been instituted against the suspects with 381 others being investigated.

”The commission is attending to 431 cases among which 50 cases are already in court. In the past nine months, we have arrested 195 individuals in connection with bank fraud, internet fraud, land and general disputes. Among the cases in court are the ones involving the Vice Chancellor of the Obafemi Awolowo University, Ile-Ife, that of the Federal University of Technology, Akure and Federal University of Agriculture, Abeokuta.

“The prevailing case in Ibadan is internet frauds involving young people. The Ibadan office has so far recovered N277, 931,341 from various financial criminals while we have also recovered objects like cars used by fraudsters to perpetrate crimes,” he said