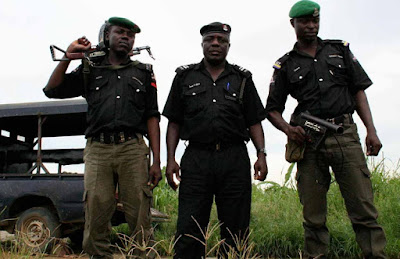 A fully loaded bus which took off from Rumuokoro area of River state around 7pm on Tuesday was hijacked by some gunmen suspected to be kidnappers at the Ndele Elele axis of Emohua LGA of Rivers state last.

The abduction reportedly took place an hour after the bus took off from Rumuokoro.

Here is what one of the lucky survivors said last night; 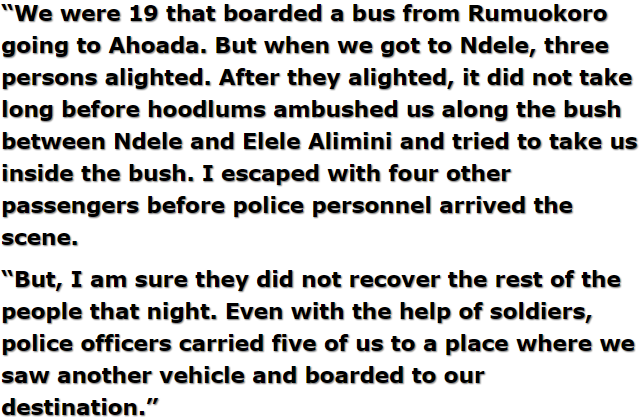 The state’s police has vowed to crack down the kidnappers and rescue the victims.