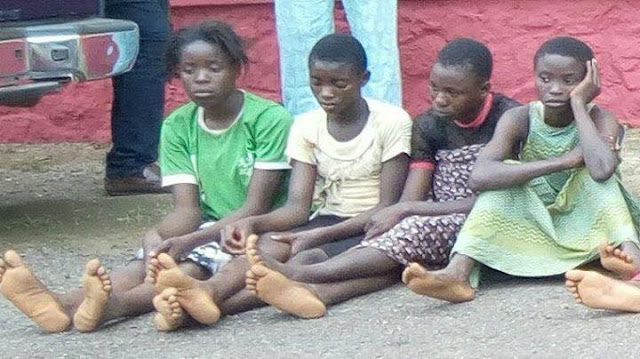 4 underage girls and 9 teenage boys suspected to be cultists have been arrested by police in Ogun state.

The girls between 10 & 13 and boys in their early teens with their leader a 19year old man were arrested at Mosunmore village near Kobape in Abeokuta over the weekend after the mother of one of the them informed the community leader who in turn called the police.

The group named ‘Penalty Guys’ headed by 19-year-old Tunde Alao was created by an elder in the community.

Alao said a man named Tosin initiated him into the cult in January 2017.

The innocent looking kids have been transferred to Ogun state SCID for investigation and prosecution. 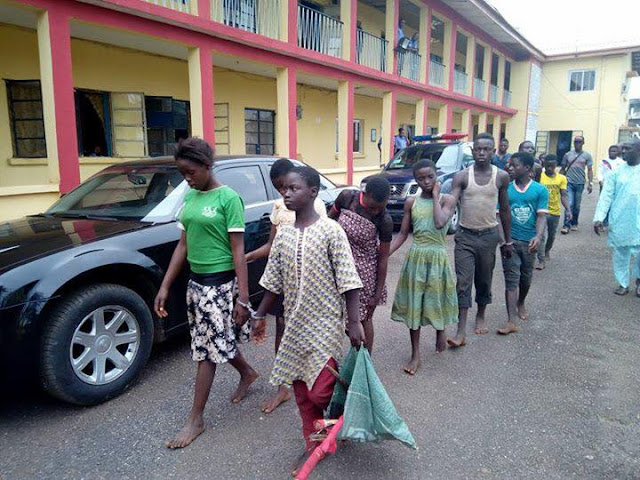 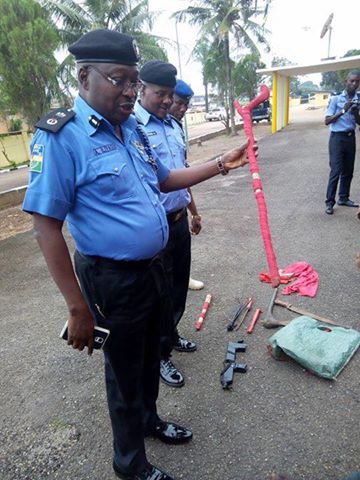 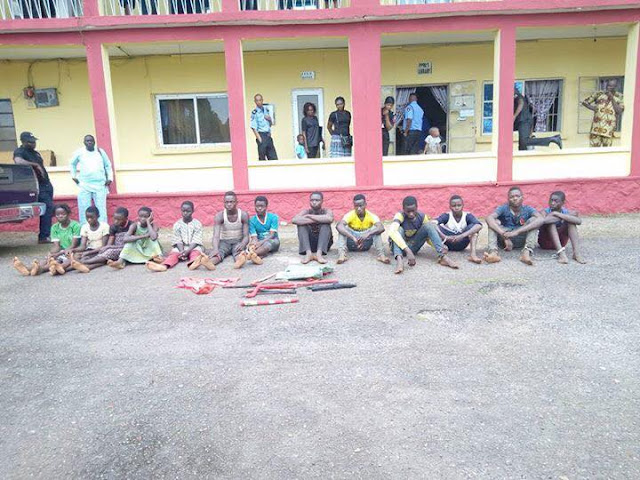