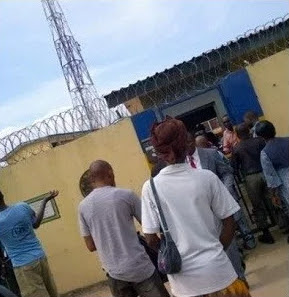 Oyibe, a native of Ndiagu Ishieke in Ebonyi Local government area of the state was said to have jumped inside a deep well on Sunday night when he went to fetch water.

According to Sun newspaper, family sources say his death was connected with his recent transfer to Borno state, after his posting letter was released on August 28.

The deceased daughter, Ukamaka said that her late father took bucket to fetch water from the well but could not be seen for several hours. This she said created suspicion and tension that led to his search.

She added that when they reached the well, his bucket was seen and they looked inside the well only to discover that he has died.

“My father took a bucket that he was going to fetch water from our well on Sunday night but could not come back after some time that created suspicion and we started looking for him.

“I went to the well and saw his bucket. When I looked inside the well, I discovered that he has died”, she said.