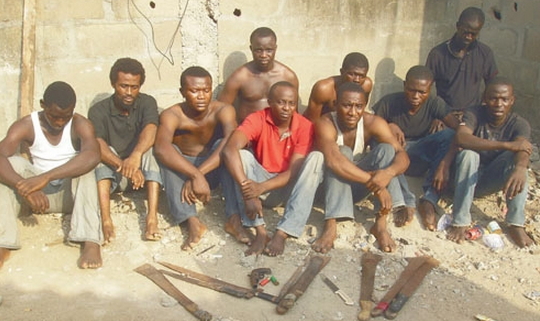 Lagos State Police Command recorded yet another success in its fight against cultism after receiving a tip off that the suspected cultists were having a meeting in Mushin last night.

According a statement by DSP Patricia Amadin, acting on diligently sourced and managed intelligence, the command swooped in on the gang during a meeting  and 14 members of the gang have so far been arrested.