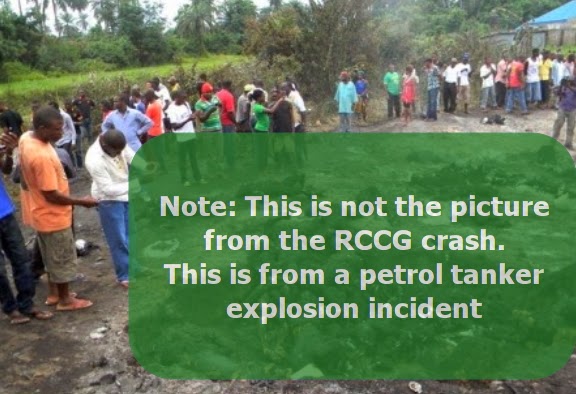 You must have come across this graphic picture of 19 Redeemed Christian Church of God church members that got killed in a multi-vehicle accident, yes the accident happened but this is not the scene of the crash.

The road accident happened on Monday the 17th of March, 2014 in Yobe state.

The 19 RCCG church workers were on their way back their base in Maiduguri from Lagos after a conference when the tragedy happened on Potiskum-Maiduguri expressway.

Hear what FRSC spokesperson for Yobe State, Yusuf Sani said about the crash: