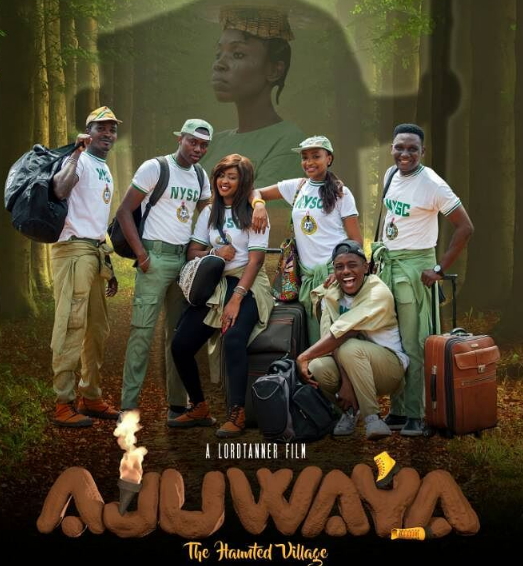 After the successful run of the movie, ‘Couple of Days’ its producers are set to release a horror movie, ‘Ajuwaya- the Haunted Village’ which will debut in cinemas nationwide on Friday, July 7, 2017.

Produced and directed by Tolu LordTanner, ‘Ajuwaya- the Haunted Village’ which had previously being screened at the Lagos state NYSC camp has been enjoying good review from the select few that have seen it.

The movie follows the story of six corps members who are posted to a remote village in Osun State for their national service and unwittingly awaken an age-long evil. It features Timini Egbuson, Lanre Hassan, Etinosa Idemudia, Kemi Lala Akindoju, Northern sensation, Rahama Sadau and others.

“When I wanted to come into movie industry, one of the things I wanted to do was make a movie that targeted ages 18 and 25/30, the vibrant age that does not watch Nollywood and this is what we are doing with Ajuwaya,” said LordTanner.

“One of the best experiences I ever had was during my youth service; it was a year when I got to experience another life in the same country called Nigeria. The first time I heard the name Ajuwaya was during the orientation camp. It was the name our trainers used to call us. I didn’t know what it meant until someone told me it actually meant ‘As you were’. Many young adults and the much older ones especially those who underwent the one year compulsory service will be able to relate with this movie and its story.

“We have a number of new faces for this movie, although some of them are also quite popular in their own space. The story is a good one although not the usual popular Nollywood genre but the audience and all lovers of good movie will enjoy watching it.”

Ajuwaya will be shown in cinemas nationwide starting from Friday, 7th July.