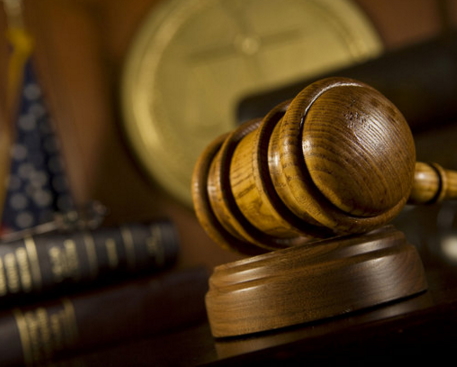 Justice Oluwatoyin Ipaye handed down the judgment after finding the duo guilty of a three-count charge of conspiracy, armed robbery and attempted robbery.

She said: “The defendants are hereby convicted and sentenced to death by hanging for armed robbery.

“On the third count of attempted robbery, the defendants are sentenced to life imprisonment.”

Earlier, in his allocutus, counsel to Omoilodan and Kayode, Mr Damola Victor, had appealed to the court to temper justice with mercy.

“My Lord, kindly temper justice with mercy. The defendants are first time offenders and have shown remorse for their crimes.”

The News Agency of Nigeria (NAN) reports that the convicts committed the offences on November 2 and 9, 2011 at Ayangburen Road, Ikorodu, Lagos State.

The prosecution led by the Chief State Counsel, Mr Akin George, had told the court that the two men while armed with dangerous weapons robbed one Alhaji Jinadu of unspecified number of mobile phones and cash on November 2, 2011.

George said that on November 9, 2011 the convicts also robbed one Mr Rilwan Gbadamosi and his wife of cash and property.