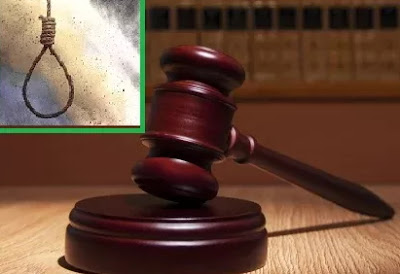 Two armed robbers, Akeem Lamidi and Sunday Ishaih were today sentenced to death by hanging by an Osun State High court in Iwo for allegedly attacking one Mrs Aladete at Asabi Okin area Iwo on the 2nd of May 2012.

The convicts entered Aladete house through a hole they dug on the wall in her sitting room.

The victim was beaten to coma as the robbers drove away her official vehicle.

They were later arrested in Ibafo while attempting to sell the stolen vehicle.

Counsel to the convicts, C.N.N. Okwusidi, pleaded with the court to temper justice with mercy but his plea was not taken as Justice Moshood Adeigbe sentenced the two to death by hanging.