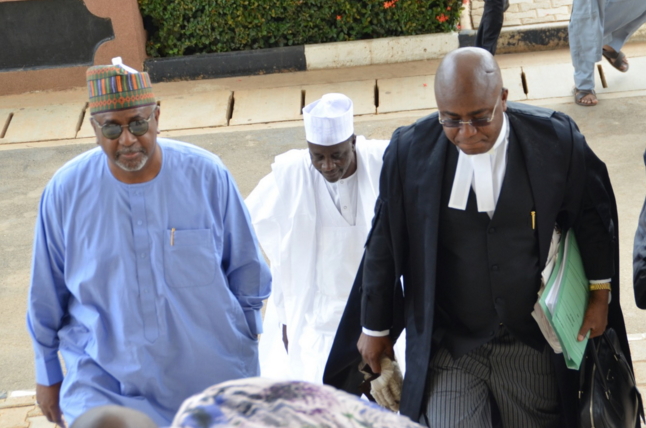 The Department of State Services, DSS, late Thursday revealed that the raid, earlier in the day, on the Abuja home of Sambo Dasuki, former National Security Adviser, was for a different case he has before a committee probing an arms deal that occurred during the administration of former President Goodluck Jonathan.

Dasuki is facing cases of alleged possession of illegal firearms as well as money laundering.

His home was reportedly raided Thursday by the DSS after a court had granted him the opportunity to travel abroad for medical treatment and had asked that his international passport be returned to him.

“The public may wish to note that the government set up the Committee to investigate procurement processes relating to a $2 billion arms transaction by the last administration, under which SAMBO was the NSA.

“It was on this premise that he was invited by the committee to shed more light on his involvement in the deal.
“It, therefore, remains surprising and shocking that SAMBO has refused to honour invitations of the committee but instead resorts to grandstanding and subtle blackmail of the service.

“His refusal to appear before the committee has left the service with no option than to adopt legal means to ensure his attendance,” the statement said.

“Therefore, without doubt, SAMBO is pulling all strings available to him to evade justice and put the Service in bad light.

“The simple fact is that the DSS is not persecuting him. Nigerians are therefore enjoined to disregard the impression being created by him.

“This Service wishes to re-emphasise its commitment to the rule of law and strict adherence to democratic ideals.

“However, any person or group, no matter how highly placed, that may wish to test the will of the present democratic dispensation, will definitely be checked through the legal provisions of the law.”
The DSS described as unfounded the impression created by those sympathetic to Dasuki that the latest invasion contravened the court ruling.

“It may be recalled that SAMBO was initially arrested and charged to court for unlawful possession of firearms and money laundering, for which reason his international passport was seized and on the order of the court, returned to the registrar for custody.

“What has however brought the seeming standoff between SAMBO and the service, despite the court-ordered release of his international passport on 4th November, 2015, is his refusal to appear before a committee undertaking the investigation of an entirely different case,” the DSS stressed.