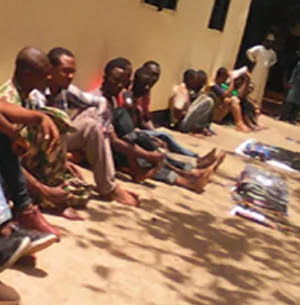 Police have arrested two suspected rustlers for stealing 106 cows in different locations in Awe Local Government Area of Nasarawa State. The suspects, Ibrahim Hassan (25) and Sunusi Maikudi (20) were arrested by men of the anti-robbery squad of the command following a tip-off.

The state Police Commissioner, Lawal Shehu said the suspected rustlers were arrested at Hunkii, a settlement in Awe Local Government Area with 106 cows and 20 sheep.