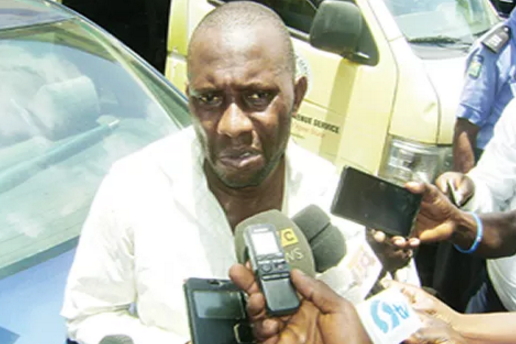 36-year-old Imeh Akpan, a married man arrested on Wednesday for defiling his wife’s 15-year-old half-sister has blamed the devil and alcohol consumption for his evil action.

Hear what the Obalende resident told the police:

It is not as if I raped her. I was drunk when I raped her. I returned from a party that fateful day. I didn’t know when I removed my clothes and raped her. There was nobody at home that night. Sincerely speaking, I was under the influence of alcohol.

How could I have sex with a little girl like that? I’m married. I brought her up. Why would I rape somebody who had been living with me since she was just five years’ old? What happened to me was just the work of the devil.”