A Kenyan Moralist has raised an alarm days after two male lions were caught mating at a national park in Kenya.

In a chat with Nairobi News, Dr Ezekiel Mutua, the moralist responsible for TV and film censorship in the East African country said the Lions gay act must have been influenced by gay men who behave badly during their visit to Maasai Mara National Reserve.

He added that if the male lions were not influenced by gays, then they are possessed by demons.

He also took to Twitter to raise an alarm that if such sexual behaviour is encouraged, then animal species will go into extinction because the main purpose of sex is for procreation.

London based photographer, Paul Goldstein who captured the male lions shared the photos below on the social media. 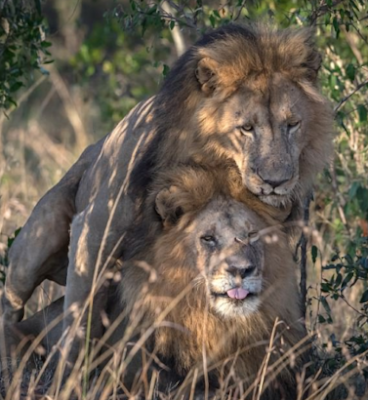 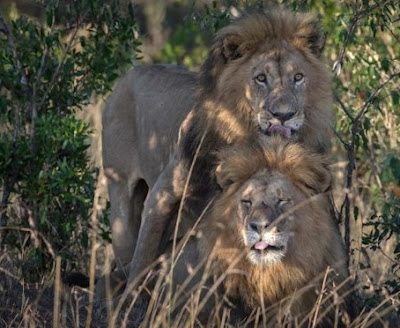 A closer observation shows that it is only one of the lions(the wild one) that is involved in the act.

To suggest that they are both gay is totally inappropriate.

Is Dr Ezekiel Mutua then suggesting that gays are possessed by demons?.

How I Met My Wife At Winners Chapel Shiloh Camp Ground – Ike Bishop Okoronkwo Shares Testimony
Anita Joseph: My Boyfriend Treats Me As If I’m The Only Woman On Earth