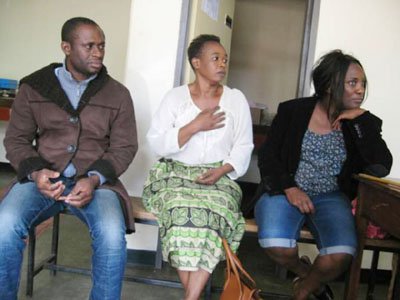 A Nigerian man and two Malawian women have been arrested for drug trafficking.

43-year-old Christian Osingwelen was arrested alongside his Malawian girlfriend, 33-year-old Rita Juma Nkhata Bayanbd and another friend Mlenga Lusungu at Kamuzu Int’l Airport (KIA) in Lilongwe Malawi on Saturday after they were caught in possession of a dangerous drug called Ephedrin.

The officials of KIA contacted the police when one of the suspects, Mlenga (in the middle) tried to bribe them. The three who denied ownership of the drug are currently under investigation.