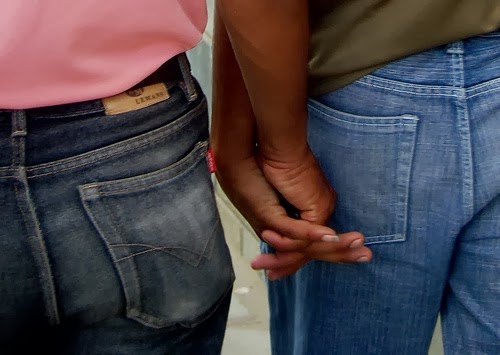 The Gombe State Police Command says it has arrested two persons suspected of homosexuality and another suspected rapist.

The Police Public Relations Officer of the command, Mr Fwaje Atajiri made this known to the News Agency of Nigeria on Monday in Gombe.

Atajiri said a 25-year-old suspected homosexual, of Dubai by-pass Gombe, had on September 15, lured a seven-year old boy to an uncompleted building and raped him.

According to him, an old man notified the police after querying the boy, whom he met walking in pains after the rape.

The police spokesman said the suspect was immediately arrested and had confessed to the offence.

Also, Atajiri said another suspect, who resided at Riyal quarters, Gombe, was arrested at a building site in Cham Village of Balanga Local Government after raping a 12-year-old boy.

He said the police had also apprehended another person with the alias, ‘Popo’, for allegedly raping a three-year-old girl.

He said the cries of the baby alerted her mother who caught the suspect red handed.

Atajiri said the suspects would be arraigned in court as soon as investigations were concluded.